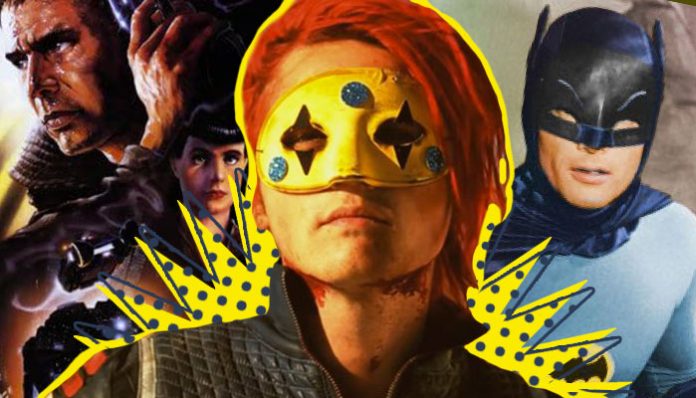 There are so many elements of My Chemical Romance that are easy to be fanatical over. Take your pick. Killer riffs? Lyrics seemingly lifted from Alan Moore comic books? A live show approximating a nuclear power plant in hazard mode? It was all part of their grand plan to harvest the best facets of popular culture into something great. More than anything, they are fans.

What follows here are 10 instances in which My Chemical Romance referenced pop culture in their art. From the instantly recognizable moments to the willfully obscure, it’s here.

My Chemical Romance’s final album, Danger Days: The True Lives Of The Fabulous Killjoys, is a menagerie of violent imagery, hyper-stylized slang and massively self-referential world-building. The opening song is a manifesto that lays out the record’s entire concept and subsequent comic book sequel. It casually namechecks President John F. Kennedy (“fuck like a Kennedy”) and Gotham City’s caped crusader (“Thought you was Batman and hit the party with a gas can”), grounding the Killjoys’ story in our reality.

If “Na Na Na” is Danger Days‘ mission statement, the accompanying music video is the perfect representation of the wasteland the Killjoys inhabit. Color-bombed in electric spray paint and mask-clad desert standoffs, the video is essential for full immersion into their universe. A key character in the video is Korse, the relentless exterminator on the hunt for Killjoys. He’s played by acclaimed comic book writer (and Gerard Way’s comic mentor) Grant Morrison. He is known for his work on Animal Man, All-Star Superman and Doom Patrol.

8. Dawn Of The Dead in “Early Sunsets Over Monroeville”

The earliest era of MCR is often associated with blood-hungry, death-seeking vampires, largely due to the track “Vampires Will Never Hurt You.” But I Brought You My Bullets, You Brought Me Your Love also featured another monster in the pantheon of horror lore. “Early Sunsets Over Monroeville” pays tribute to the quintessential zombie film—the 1978 feature, Dawn Of The Dead. Set in Monroeville, Pennsylvania, the film focuses on taking sanctuary in a mall during a zombie outbreak. Gerard’s lyrics use the narrative of dodging brain-eaters in a mall as an allegory for ending a relationship.

The closing track on Danger Days is a triumphant “hell, no” response to being offered a spot on the soundtrack for The Twilight Saga. The song opens up with group banter, paying homage to the classic-rock track “Ballroom Blitz” by the Sweet. They namecheck late T. Rex singer Marc Bolan in the pre-chorus. Then with the line “Jet black, so cool/Sing it like the kids that are mean to you,” they reference the Jawbreaker song “Jet Black” and the Misfits’ “Mommy, Can I Go Out & Kill Tonight?” It’s a glorious fireworks display of rock ’n’ roll worship and tribute.

6. Sandman in “It’s Not A Fashion Statement, It’s A Deathwish”

The Three Cheers For Sweet Revenge track “It’s Not A Fashion Statement, It’s A Deathwish” opens with Gerard shouting the lyrics, “For what you did to me/And what I’ll do to you/You get what everyone else gets/You get a lifetime.” Gerard paraphrases the line from Neil Gaiman’s Sandman Vol. 1: Preludes & Nocturnes in a dialogue between Death and Bernie Capax. Death says, “You get what anybody gets, Bernie. You get a lifetime.”

5. Peter Pan in “Headfirst For Halos”

In Life On The Murder Scene, Gerard revealed that he discovered his gift for singing while playing Peter Pan in a school play. It’s fitting that “Headfirst For Halos” would feature a nod to “the boy who never grew up.” In the song’s finale, Gerard adds a morose twist to Pan’s classic quote “Just think of happy things, and your heart will fly on wings.” Gerard closes out a song focused on falling skull fragments and brain-drenched ceilings by maniacally repeating the phrase “Think happy thoughts.”

Played by Steve Montano (aka Steve, Righ? of Mindless Self Indulgence), Dr. Death Defying is the narrator of Danger Days. He also assists the Killjoys in navigating the perils of the Zones through radio transmissions, guiding them through danger. This idea is an allusion to the 1971 film Vanishing Point. In that movie, a blind disc jockey named Super Soul listens to a police frequency, helping the film’s main character evade police via radio broadcasts.

Gerard has said Danger Days was heavily influenced by Ridley Scott’s 1982 sci-fi neo-noir opus Blade Runner. Both Danger Days and Blade Runner are set in dystopian California in 2019. Each feature a powerful corporation at the center of their conflict. Furthermore, the record’s title is appropriated from the behind-the-scenes documentary about the making of Blade Runner, titled Dangerous Days.

If you’ve never recreated the opening scene on your parents’ front porch, are you even a fan? The classic two-shot of Gerard and Ray Toro is rife with references. Who else would fire off fantasy role-playing game Dungeons & Dragons, actress/fashion icon Audrey Hepburn, horror film fan-mag Fangoria and renown escape artist Harry Houdini in rapid succession? As a bonus tie-in to pop culture, the video (along with “Helena” and “The Ghost Of You,”) was directed by acclaimed director Marc Webb. He went on to direct the films (500) Days Of Summer and The Amazing Spider-Man series.

Here is truly one of MCR’s most meta, self-referential moments. In a 2011 MTV interview, Frank Iero described the three-track EP (only available in the limited-edition Danger Days box set) as “what the Killjoys are listening to in the car as they’re having those gun battles.” They once created and assumed the roles of the elaborate pseudo band the Black Parade to drive that album’s narrative. Here, MCR created a fictional band to make music for their in-record alter egos. This level of detail and finely crafted fiction could only come from the minds of My Chemical Romance. 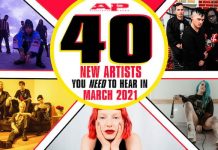