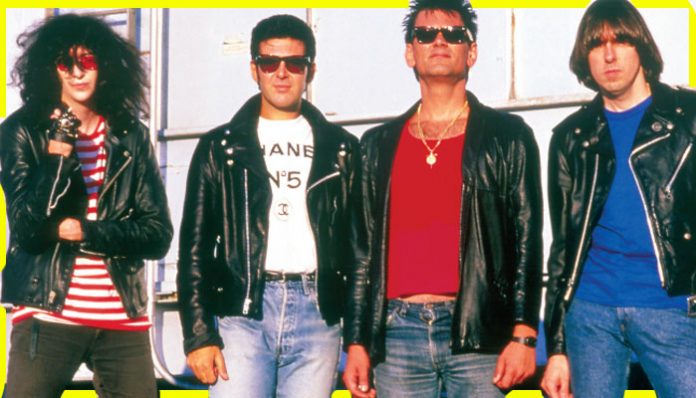 Welcome to the best punk albums of 1987. But first, some context.

Feb. 20, 1987: An attack by a domestic terrorist called “the Unabomber” plants a bomb in a Salt Lake City computer store. The owner is injured.

March 4: President Ronald Reagan owns up to what was swiftly called the Iran-Contra Affair in a nationally televised address. As Reagan terms it, overtures made to Iran to release seven American hostages held in Lebanon by the Hezbollah, an Islamic paramilitary group with Iranian ties, “deteriorated” into an arms-for-hostages deal. Iran was under an arms embargo. The money from the sale was funneled to Contras, a group of anti-Sandinista rebels fighting Nicaragua’s socialist government, themselves the subject of a U.S. embargo.

Read more: These 15 punk albums of 1986 mutated the underground even further

June 11: British Prime Minister Margaret Thatcher yanked free milk out of school children’s hands as a hallmark of “socialism” and crushed a coal miner strike. She also led the U.K. Conservative Party to a third successive term ruling the nation.

You’d think punk bands would have plenty to say about these times. But the general punk scene seemed exhausted by political dissent. Punk was more offended at the rise of Rick Astley than by the crimes of Reagan and Thatcher.

Certainly, hardcore was fully played out. The twin ascendance of pop punk and noise rock continued to be the dominant punk story in 1987. A nastier, garage-ier variant of the classic old-school punk sound was burbling from the underground. That strain owed as much to founding fathers the Stooges and New York Dolls as it did to post-Ramones thud. Welcome to the top 15 punk albums of 1987. Strap in: It’s a wild ride.

Read more: The best punk albums of 1984 were leaner, meaner and so much weirder

The Lazy Cowgirls – Tapping The Source

Run a pair of battered turntables into a Fender Twin Reverb amp with the volume, treble and gain knobs fully dimed. Then broken off. Now play Crypt Records’ ’60s garage comp series Back From The Grave and any Einstürzende Neubauten LP through this rig. You’d likely get a noise akin to these four Washington, D.C. immigrants to NYC’s East Village. Former Sonic Youth drummer Bob Bert played on a kit helmed by an automobile gas tank. Every lyric Jon Spencer penned then amounted to a “Fuck you!” As did this band’s riffs. Pussy Galore were punk AF.

The pride of Bellshill, Lanarkshire, Scotland weren’t always an ecstasy-gobbling outfit with  dancey Rolling Stones covers. They began in 1985 as the best reincarnation of Buzzcocks the U.K. could produce at the moment. Which meant this brilliant Sire Records compilation of their 45s and EPs to date for the American market is their Singles Going Steady. Indeed, melodic buzz bombs such as the title track or  “Girl In The World” were some of the most perfect pop singles this side of “Ever Fallen In Love.”

The ’80s best practitioners of the Sydney stomp were on a creative streak. A new rhythm section (bassist Rudy Morabito and drummer Paul Larsen) joined twin-bazooka guitarists Dave Morris and Kent Steedman and singer Damien Lovelock. Touring Europe, they capped the dates with a recording session in Weesp, Netherlands, with Steedman and Rene Roth producing. Roman Beach Party featured Celibate Rifles’ most saw-toothed nuclear guitar sound of their career, Steedman’s crazed wah especially detonating the opening anthem “Jesus On TV.” With more killers such as “The More Things Change” and  “(It’s Such A) Wonderful Life,” this was their peak.

Behold Australia’s first skate-punk band. Like many of Oz’s best, the Hard-Ons hailed from Sydney. They certainly learned much from Radio Birdman and the Saints. Their American release showcased their ability to fuse Ramones-esque punk, metal riffs, hardcore energy and surf-pop melodies through a Boss Heavy Metal pedal. (The LP was essentially their Aussie debut Smell My Finger with the wonderful “Girl In The Sweater” added.) It was catchier than influenza and 10 times more fun. Oh, and the beginning for what’d eventually become Australia’s most commercially successful indie band.

Minutemen bassist Mike Watt sold New Alliance Records to SST Records in 1987. Hence, it became a new label for Descendents as they unleashed their fourth LP. Guitarist Stephen Egerton and bassist Karl Alvarez of Salt Lake City hardcore band Massacre Guys replaced Ray Cooper and Doug Carrion in 1986. Meanwhile, drummer/songwriter Bill Stevenson laid the best production job he’d accomplished on his band thus far. They wailed through some numbers based around All, a half-joking self-help philosophy he and his friend Pat McCuistion devised on a fishing trip. They renamed the band when Milo Aukerman left for grad school. Another classic punk album of 1987.

The Lemonheads – Hate Your Friends

Before ’90s alt-rock stardom and hit covers of Simon & Garfunkel’s “Mrs. Robinson,” the Lemonheads were a teenage punk band formed by high school pals Evan Dando, Ben Deily and Jesse Peretz. Side A of their debut LP showcased their four-piece lineup, with Dando and Deily swapping guitar and vocal duties and Doug Trachten drumming, while Side B saw Dando and Deily alternating drum and guitar duties. What these Boston youths whipped up on tracks such as “Second Chance” and  “Sneakyville” was raw garage but melodic, somewhere between ’77-ish singalong pogo rock a la Ramones or Buzzcocks and Hüsker Dü’s loud ’n’ fast jangle thrash.

Minneapolis’ melodic punk kings’ sixth album was the sound of tension building, fatally. The recording process was fraught, with the headbutting between Bob Mould and Grant Hart over songwriting turf boiling over. Greg Norton’s bass parts were found wanting and re-recorded outright on some tracks. Manager David Savoy killed himself on the eve of the Warehouse tour dates. This doesn’t blunt this record’s quality or tracks such as “Could You Be The One?” and  “Ice Cold Ice” from being some of Hüsker Dü’s best. But the band wouldn’t last long beyond its release.

Fastbacks – …And His Orchestra

To understand the dichotomy that drove Big Black, their second and final album was preceded by a 45 dominated by covers. Cheap Trick’s “He’s A Whore” and a punishing take on electro-kings Kraftwerk’s “The Model.” The record was designed to be their farewell. Guitarist Santiago Durango had already left for law school. Hence, a brutal, quick, economic recording session was filled with songs about drug cartel murder techniques (“Colombian Necktie”), the psychedelic properties of bread mold (“Ergot”) and other charming subjects. The drum machine thundered, Durango and Steve Albini’s guitars clanged like sheet metal and Big Black imploded thereafter. This might be the noisiest punk album of 1987.

The Ramones’ mature phase offered fewer rewards here than on Too Tough To Die and Animal Boy. “I Wanna Live” was a near-AOR anthem with a nice arpeggiated guitar hook surely not devised by Johnny Ramone. (He was augmented with uncredited lead guitars on every album since Subterranean Jungle by the Heartbreakers’ Walter Lure, then by Shrapnel’s Daniel Rey, who produced this LP). “Go Lil’ Camaro Go” was a cool duet with Blondie’s Debbie Harry. But the rule seemed to be metallic growlers such as “Bop ‘Til You Drop” or dumb hardcore (“Weasel Face”). The true American punk icons delivered a solid punk record of 1987.

This youthful Swedish outfit surely made every Sydney, Australia, band quake in their Cuban-heeled boots. That’s how effectively Union Carbide Productions channeled the anti-social chaos of the Stooges’ Fun House era. Björn Olsson and Patrik Caganis twisted their guitars into a million wah- and fuzz-fucked pretzel shapes. Henrik Rylander pounded nine shades of rock swagger out of his drums, whereas Ebbot Lundberg spewed improvised lyrics and melodies that titled songs such as “Ring My Bell” and “Summer Holiday Camp” like he was a street-walking cheetah with a heart full of napalm. “Cartoon Animal” flat-out stole the riff from Sonic’s Rendezvous Band’s “City Slang.” And the whole thing was awesome. A deep underground title for sure, but definitely one of the best punk albums of 1987.

The Scientists in 1979 had been a melodic raunch ’n’ roll punk band. Tunes such as “Frantic Romantic” and “Pissed On Another Planet” acted like the only two bands on Earth were the Heartbreakers and the Flamin’ Groovies. From roughly 1981 onward, Kim Salmon and his ever-shifting cohorts became something more sinister. Their stomping, noisy roots-bashers sounded like the band now owned nothing but Stooges, Cramps, Suicide and Gun Club records. This Fender-amped, Chelsea-booted chaos was roots rock reimagined by free jazz concepts. These excellent re-recordings were America’s introduction to the Scientists’ gnarly legacy. It’s both delightful and frightening. And a crucial punk album of 1987.

The Replacements – Pleased To Meet Me

By 1987, Minneapolis’ persistently sozzled heart-on-sleeve rockers had achieved a lifetime SNL ban for on-air drunkenness and fired troubled lead guitarist Bob Stinson. Owing Sire Records a new LP, they slunk into Memphis’ world-famous Ardent Studios with local legend Jim Dickinson. Dickinson—who collaborated with everyone from the Rolling Stones to the Cramps—preferred dirty, lo-fi, one-take imperfection. Naturally, he was the perfect Replacements producer. Paul Westerberg played all the guitars, delivering some killer tunes, including “Alex Chilton,” a tribute to his musical spirit animal. “Children by the million wait for Alex Chilton,” went the wishful-thinking chorus. “…I’m in love/With that song.”