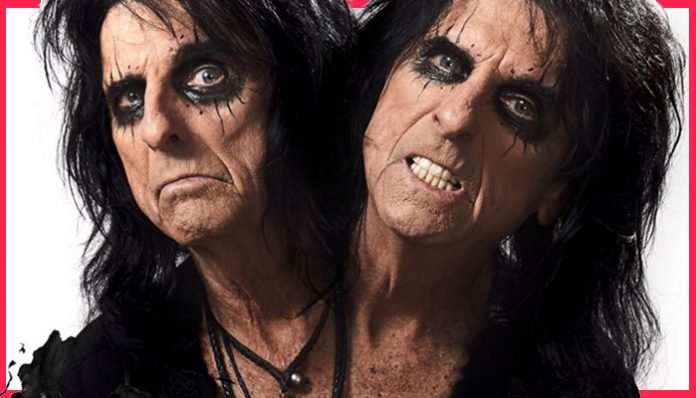 Rock ‘n’ roll has the capability to inspire and offend. And it’s even cooler if both of those things can be done at the same time. Welcome to the world of shock-rockers, artists who strive to push themselves to the highest extremes, creatively and personally at whatever cost.

But first some mitigating factors. Rock ‘n’ roll is approximately 66 years old. We still think it’s important to look back at the artists who helped get us to the point where we are now. So while dropping an f-bomb on national television is certainly cool, it’s not a crucial plot device for a lot of bands’ mythologies. Placement on this list doesn’t necessarily mean endorsement. This is for amusement only. Now check your reservations in a locker in your town’s dirtiest bus station. These are some notable shock-rockers.

Sure, many of the early progenitors of rock ’n’ roll were deemed “shocking” by the status quo due to a cultural sea change. But the artist known as Jalacy Hawkins, aka Screamin’ Jay Hawkins, could be considered the godfather of shock rock. His enduring 1956 hit “I Put A Spell On You” featured his considerable vocal range and more shrieks, bellows, roars and screams (duh) than what you might hear on a trip to the zoo. The song was a massive hit, and Hawkins took it to the limit onstage. Coming out of a coffin onstage and surrounding himself with voodoo icons (toy snakes, flaming skulls), Hawkins scared and enraptured his fans. Unsurprisingly, Hawkins has endured with succeeding generations of rockers, from rock revivalists to rockabilly types and even goths.

The Crazy World Of Arthur Brown

British rock legend Arthur Brown helped pave the way for shock and… let’s call it “flame-boyance.” One of the biggest singles of 1968 was “Fire,” a wild rave-up of organ-driven rock with a charging brass section. Fronting the band is Brown, a tall, bearded man with a ceremonial robe and a flaming crown on his head. “I am the god of hellfire! And I bring you… Fire!” Imagine being 7 years old and seeing this on television. After your initial shock (and a week’s worth of nightmares), you decide this rock ’n’ roll thing is actually pretty cool. Brown has been touring and making records for decades but never achieved commercial heights again. You don’t think Red Hot Chili Peppers invented flaming headgear on Lollapalooza, did you?

We wonder if there was ever a day in the ’70s when Alice Cooper wasn’t terrifying someone. Start with the band name, possibly the earliest denial of gender in rock? Then move onto the songs that foreshadowed everything from punk’s snottiness (“I’m Eighteen”) to the manifestation of dark thoughts (“Dead Babies”). None of those things really prepared you for the stage show. As the band delivered the cool AF jams, Cooper would bring out his pet boa constrictor as a fashion accessory. Then he’d stage elaborate onstage faux suicides, either by hanging or guillotine. Cooper is still bringing the rock at age 72. This is where the greater American psyche got exploded and desensitized.

You don’t have to act psychotic or beat yourself (or your audience) to be a shock-rocker. When David Bowie unveiled his Ziggy Stardust persona in 1972, jaws dropped, minds were blown and rock history would forever have a wellspring to replenish itself. Bowie’s startling transformation into intergalactic alien status was truly a rock milestone. Personal sexualities were questioned. (Who could forget that classic stage maneuver Bowie and guitarist Mick Ronson pulled off?) Bowie made a career out of both confounding and enlightening us.

Let’s just admit it: Iggy Pop invented punk. People are still worshiping the attitude-laden records he made with the Stooges 50 years ago. But while those records were positively arresting, Pop was unstoppable onstage—cutting and stabbing himself, picking fights with security and or audience members, smearing peanut butter on his body, as well as being a black belt in chemical excess. His greatest career accomplishment may be that he survived it all and continues to make compelling tracks to this day. You could give him his own dedicated list of crazy shit he’s done and he wouldn’t backpedal on any of it. A reformed shock-rocker turned gentleman.

The lead singer of the Plasmatics was badass and fearless and definitely the anti-pop star. Throughout the ’80s, Wendy O. Williams and her band delivered a vicious crossover punk-metal hybrid while keeping audiences on edge. She flaunted her sexuality (wearing whipped cream as a “bikini top”), chainsawed guitars, blew up cars and got arrested a few times. Let’s face it: Madonna was never going to do that for us. Her crowning moment was when Williams drove a car into a wall of television sets off an NYC pier.

The frontman for psychobilly icons the Cramps owned every single room he walked into. Lux Interior’s lanky frame and piercing stare were like no punk rocker or pop star the planet had encountered. Interior’s arsenal of spooky, black-clad wardrobe and B-grade horror movie tropes were responsible for 40% of the world’s collective coolness. But when you saw the Cramps live, you watched a man transform into a groovy monster. He sang from bar tops, wrecked ceiling tiles and didn’t have much use for clothes. And the important takeaway? Neither he nor his band ever phoned it in.

The last time this writer was truly floored by a rock band was by Providence, Rhode Island, shock-rockers Tinsel Teeth. Their original singer Stephanie Neves (aka Gyna Bootleg) was more terrifying than most dudes claiming superiority in all things transgressive. This writer didn’t know if she was having all the fun in the world or acting out some seriously unresolved issues. At shows, she would fall on her head, bleed and take swings at dudes seven times her size. Her performance demeanor was so lit, giving her a sedative would probably just piss her off more.

When it comes to extremes, this legendary Richmond, Virginia, metal ensemble repeatedly carve niches so big, you could build cities on the scar tissue. Taking the persona of a gang of mutant aliens once trapped under a large Antarctic ice shelf, GWAR plied heavy riffs up against scatalogical humor. These shock-rockers became glorious Frazetta characters, creating and wearing latex prosthetics and weaponry that made them look and sound like viking warriors on a meth/acid cocktail. GWAR shows are bacchanals of political incorrectness and fake body fluids (usually blood) shooting out in myriad directions. People with deep convictions and sheltered lives probably wouldn’t appreciate GWAR’s metallic cartoon violence. But their fans are legion, daring to wear all-white clothes and getting as close to the front of the stage as possible.

If we’re discussing anything labeled “shock rock,” do we need the philosophical discussion of what goes over the line? Are there no limits? Well, GG Allin crossed all the malleable lines of decency and dignity, never compromising his vision and not making a lot of friends in the process. Allin’s songs are completely transparent in their viciousness (“Needle Up My Cock,” “Kill The Children, Save The Food,” “Sleeping In My Piss”), and his gigs usually ended in riots. His hedonism was guilt-free and primal, involving stripping naked, cutting and scarring, and even defecating onstage and smearing feces on himself and his audience. He promised the world he would kill himself onstage. People took him seriously, thinking that he might have an automatic weapon behind an amp stack.

In June 1993, Allin didn’t know his show at the NYC club Gas Station would be his last. Yes, it did end with a massive police intervention. But it was a heroin overdose in a stranger’s apartment that brought the safety curtain down on one of the most extreme shock-rockers of them all.