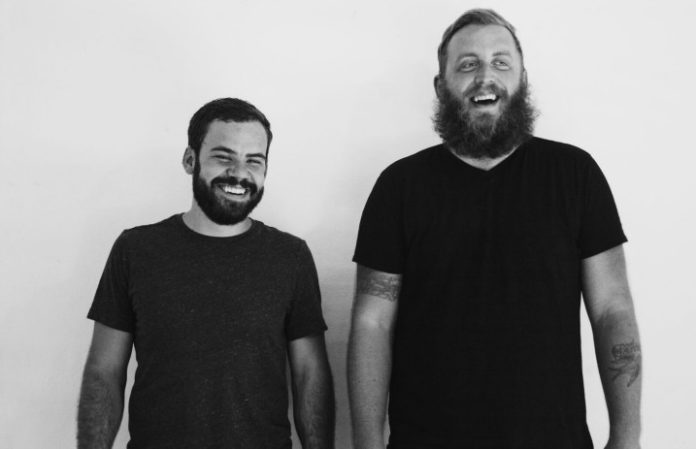 Sparrow Sleeps shared in a previous interview with Alternative Press that they make a point of reaching out to the artists whose songs they intend to cover. “It kind of adds to the legitimacy of the brand,” says Cole. “It shows that this is a benefit to the community. We aren’t just trying to take something and run with it, we’re working with the artists.” It’s a strategy that’s turned the artists they’ve worked with—many of whom are parents themselves, including MxPx’s Mike Herrera, Say Anything’s Max Bemis and Thrice’s Riley Breckenridge—into the project’s biggest boosters.

Cole and Lockhart have spent the last year in and out of the studio with a slew of guest artists (including members of Yellowcard, Real Friends, Knuckle Puck and many more) working on something new—their first album of original content. The new work includes songs about everything from brushing your teeth to tying your shoes, counting to 10 and being polite. While the songs lyrically resonate with children, the guest vocalists on this album will be familiar to many parents.

“We had such a solid group of people involved in this album. Gabriel Stonerock, our studio musician for almost everything on the album, was so much fun to work with. He's one of my best friends, and it was great to work with him on something so weird,” says Cole. “The fact that Seth Henderson engineered Sparrow And Friends Start A Band! is surreal. He's mixed so many of our favorite records. All of the guest vocalists on this thing were artists we either listen to regularly now or grew up listening to (or both), and to have so many of them excited and willing to be a part of such a strange project is something I never expected.”

While the album is made for kids, it offers a lineup of songs that adults can enjoy, too.

“Each step of the way intrigued me more. At first I was blown away by the amazing lineup of musicians, but then it all started to make sense the second I heard the rough version of 'Shoe Tying Machine,' the song they asked me to sing on,” says Nick Diener of the Swellers. “When I heard the final mixed version, I think it finally hit me that this thing is going to be one of the coolest projects I've been a part of. Parents and even music fans without children were eating this thing up from all the teasers before its release. It seems people are relieved to have some music they can play for their kids but also enjoy quite a bit themselves!”

“Recording on a kids album was unlike anything I've ever done before. It was honestly the most fun I've ever had recording a song in my life,” says Zech Pluister of Sleep On It. “Just imaging the looks on kids’ faces when they hear the song, and the fact that it was going to teach them something very important just made me incredibly happy the whole time. I think what Sparrow Sleeps is doing is incredible. Taking the music they love and turning it into something they can share with, not only their kids, but kids everywhere is honestly so heart warming. Hopefully one day I'll be cool enough to write a kids record for my future children.”

With an impressive lineup of guests, the group’s first album of original content, Sparrow and Friends Start A Band!, was released October 21, but this is your first chance to hear a digital version of the album in full. Check out the exclusive full album stream now, only at Alternative Press! Be sure to let us know what your favorite track is in the comments!

Sparrow Sleeps also offers custom lullabies and full lullaby albums featuring the music of bands such as My Chemical Romance, Green Day, Paramore, Alkaline Trio, Taking Back Sunday and many more. You can get more information and purchase the album here.