LMFAO’s “Party Rock Anthem” sharing the same BPM with a numerous amount of songs has sparked a viral meme that might be our favorite of 2018. Watching LMFAO dance to scene favorites such as Fall Out Boy, Paramore, and twenty one pilots is everything we never knew we needed.

This hilarious trend started last month when a Twitter user remixed the dance clip with the Evangelion theme song.

Party Rock Anthem has the same BPM as the Evangelion Opening and I hate it pic.twitter.com/UC2WzNF3zN

It wasn’t until a mash-up of “Party Rock Anthem” and “Uptown Girl” recently emerged that the meme really began to take off.

From there we’ve received countless remixed videos that seem to flow so seamlessly and have filled our heart with so much joy. Check out LMFAO dancing to some of our favorites, below!

idk abt u but uh thats what you get by paramore has the same bpm as party rock anthem. anthems colliding! pic.twitter.com/gSZEbZ1Dmd

someone needs to ban me from google so i can’t search for ‘panic! at the disco songs that have the same bpm as party rock anthem’ because then things like this happen pic.twitter.com/9Gft9wxqFS

When The Day Met The Night by @PanicAtTheDisco has the same BMP as Party Rock Anthem @Redfoo pic.twitter.com/LeFBntvQJQ

OK but seriously, how does this dance fit with everything SO WELL?!

“We Need A Little Christmas”

fuck you by lily allen has the same bpm as party rock anthem pic.twitter.com/CVtUlnzz1x

“I Wanna Dance With Somebody”

Party Rock Anthem’s choreography but with Whitney Houston’s I Wanna Dance With Somebody in the background pic.twitter.com/ziEEKiP6WR

This is the exact nonsense we all needed this week. Keep them coming!

And just in case you needed a refresher on what the original video looked like:

Could Party Rock Mosh Pits be the next concert craze? We really hope so.

Just in case it is, we’ll be busy learning this dance since it apparently goes with just about everything.

What has been your favorite “Party Rock Anthem” mash-up so far? Share yours in the comments below!

Watch more: Every Scene Song EVER on a NOW That’s What I Call Music! 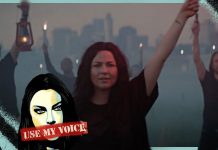 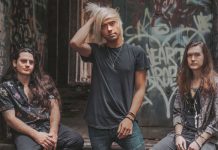 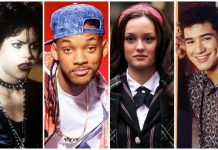 10 shows and movies that shouldn’t be getting remakes