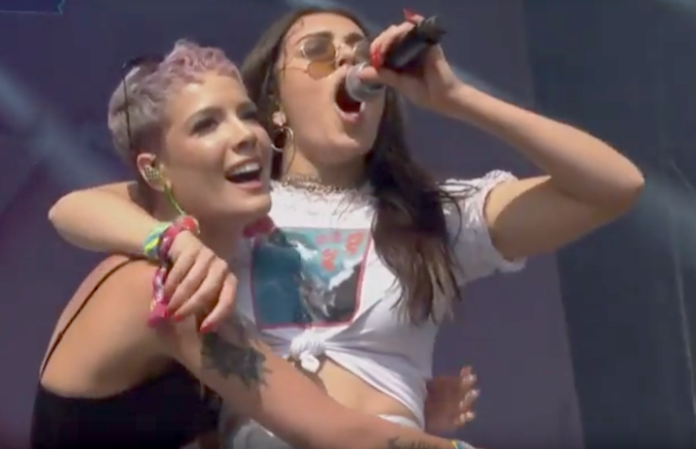 Lollapalooza is 20 years strong and has no plans to slow down any time soon.

This past weekend, the festival kicked off its 2017 four-day run at Grant Park in Chicago, Illinois. Of course there was an awesome lineup featuring Blink-182, Machine Gun Kelly and more, but there were also a ton of surprises (and not-so-surprises) that you may have missed. Lucky you, we rounded them all up for you. Here’s some of the highlights of Lollapalooza 2017!

1. Liam Gallagher has a diva moment

Early on during the first day of Lolla, Oasis‘ Liam Gallagher cut his set short and fans were not pleased.

Holy crap. @liamgallagher just left in the middle of a song. His band finished the song and left too. What??? #Lollapalooza2017 pic.twitter.com/cua9nclijW

Gallagher explained the incident away in a tweet blaming it on his voice, however.

Sorry to the people who turned up for the gig in Chicago lollapalooza had a difficult gig last night which fucked my voice. I’m gutted LG x

The park is demanding evacuation and the crowd is demanding Muse/refusing to leave on #Periscope: #Lollapalooza https://t.co/fG1AK4GcUJ

fucks sake. i am so gutted guys i don’t know what to tell you

they’ve told us we can’t play. i had the most spectacular show planned for you and i PROMISE i will come back to play it as soon as i can ��

Gutted. City/police made us leave the stage tonight 3 songs in at #Lollapalooza . Due to weather/lightning. Nightmare!

Crowd awesome, we’ll be back, hope lolla book us next year to make up.

3. The Killers making up for it on Friday!

To help heal the wounds of fans still hurt by the abbreviated Muse set, the Killers did a stunning cover of Muse’s “Starlight.”

Read more: The Killers’ Brandon Flowers talks negativity at band’s start: “It came from a place of insecurity”

4. An incredible headlining set from Blink-182

While the Killers were covering Muse, Blink-182 were on the other side of the park absolute crushing their headline set, complete with fireworks. Watch their opening song “Feeling This” below, and check out the whole performance here!

5. The cell phone thief of Lollapalooza is caught

According to NBC Chicago, the Chicago PD recovered all the stolen items from a thief who reportedly stole 60 phones over the weekend! Not exactly music news, but we’d definitely watch this episode of Law & Order.

He may not be a part of the scene per se, but Chance The Rapper was without question the most anticipated set of his hometown festival. As if his set could get any better, he brought out fellow rapper Vic Mensa for a guest spot. Mensa also pulled off a surprise set that day at Lolla, announced just eight hours before!

The guest appearance also squashed a year-old beef. Nothing like music bringing people together, right?

Surprises on surprises—Foo Fighters made an appearance at a last-minute aftershow, despite the fact that they weren’t on Lollapalooza’s official lineup (although we wish they were!). And they certainly took advantage of their time: The band crushed a three-and-a-half hour set, covering an entire career’s worth of material. Perry Farrell of Jane’s Addiction even hopped on for a song!

Machine Gun Kelly always crushes his live performance, and we would’ve killed to see him play to this huge festival crowd.

The rapper recently debuted a tribute cover of Linkin Park‘s “Numb,” and lucky audience members got to see him play it at his Lollapalooza set on Sunday.

8. Arcade Fire close the festival with another career-spanning set

Just because Lolla was ending didn’t mean it had to slow down for a second. Arcade Fire closed out the festival with a headlining set that did service to their entire body of work, including hits like “Wake Up” and even a cover of John Lennon’s “Mind Games” to close out their encore.

9. Charli XCX brings out Halsey for a Spice Girls cover

All of our favorite girls were out at Lolla! Charli XCX brought out Halsey as a surprise guest for a cover of the Spice Girls classic “Wannabe.” Watch it below! Speaking of, if you haven’t seen Charli XCX’s “Boys” music video yet, trust us: Get on it.

That’s all we have for you! Would you have killed to be at Lollapalooza? Did you attend this year? Tell us all about it in the comments!