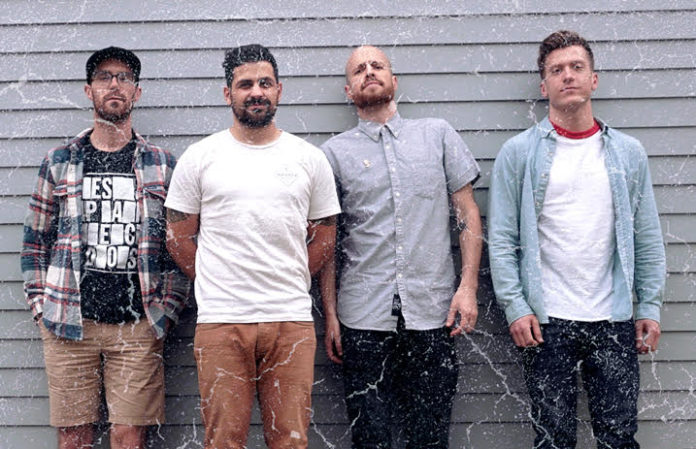 Los Angeles, California's Low Speech are the latest export from the Cottage, the studio ran by Saosin guitarist Beau Burchell. Produced, mixed and mastered by Burchell over the summer, the band's debut is a five-song serving dubbed the Only Constant. There's years of influences pulled from and past band experience in their lineup, mostly transplanted from the East Coast. That beknown, their take on emotional pop-rock puts them in good company with the Get Up Kids, Piebald and Hot Rod Circuit. Check out some commentary from both parties and hear our exclusive full stream below.

BEAU BURCHELL SAYS: “We originally planned on doing a super fast weekend demo, but when I sent out the board mixes from the first day, we all knew we had to give it the attention that it deserved.  So we came back in and layered some guitar textures and added some vocal harmonies here and there. It was really fun to see the songs come to life so fast, while not getting carried away with production, as the band really wanted to keep the recording raw and true to how they sound in their rehearsal spot. I thought that was super punk.”

LOW SPEECH ADDS: “Working with Beau was like working with a fifth member of the band. He knew exactly where we wanted to go with each song sonically and really just dug in with us from the start. We are all fans of both his bands and bands he worked with in the past (Moose Blood, Name Taken, the Bronx), so just to have him take the time to work with us was amazing. The end result was much better than we could have hoped for.”

FULL STREAM OF THE ONLY CONSTANT: