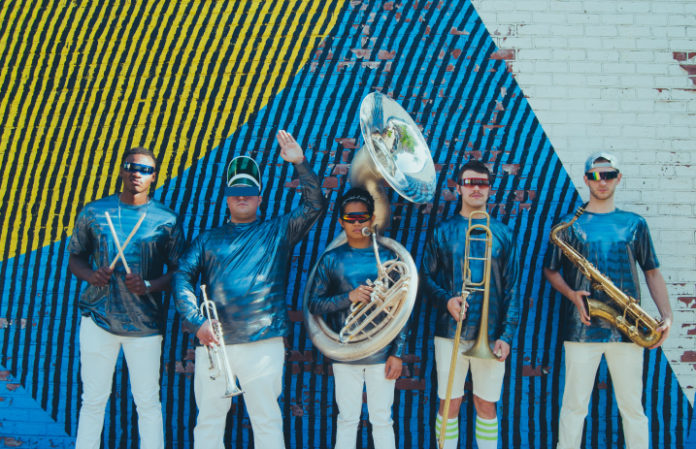 Five-piece band Lucky Chops recently released a new EP, Walter EP, and alongside its release have been debuting a series of videos to go along with it. Today they’re teaming up with Alternative Press for a premiere of their silly new video for “Walter Jam.”

The video features a wild hunt for the sousaphone, Walter, and it looked like a serious blast to make.

“We improvised this song together at the studio in an attempt to transfer the intense energy of our live shows onto a recorded studio track. ‘Walter Jam’ (dedicated to our sousaphone, Walter) ended up being so wild that we had to make an equally crazy video to go along with it,” the band explains.

“We packed it full of references like the Aquabats, Power Rangers, bass clarinet, fairy tales, team sports, barnyard animals, technology, and plenty of inside jokes for our most hardcore fans. This is the result!”

Watch the second installment of the “Where’s Walter” saga below!

Check out the full list of cities and dates below, and you can get your tickets here!

What are your thoughts on Lucky Chops' new music video? Let us know in the comments below!