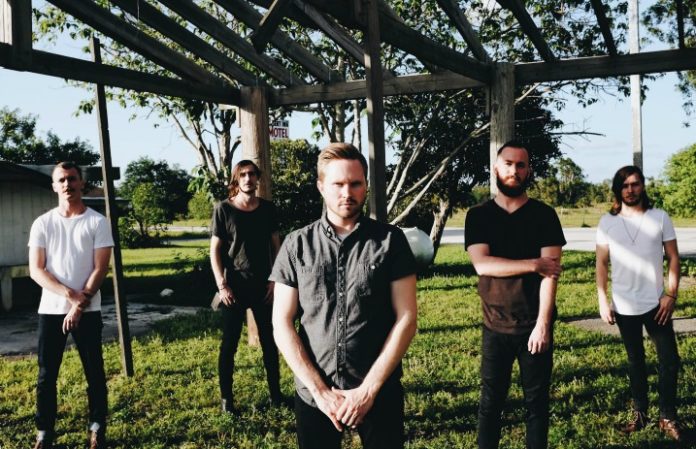 Tampa-based Makari are premiering their new song “Melt,” taken from their EP set to drop this fall. The track is the first to feature their new lead vocalist, Spencer Pearson (formerly VersaEmerge and Decoder), and is about the feeling of being in love—and the emotions that go along with it. Check it out below, and let us know your thoughts in the comments!

“'Melt' is about being deeply in love with someone, wanting them to do well and be well, even though you’re not with them,” says Eric Stewart. “The song is intended to connect with anyone who’s ever had someone in their life that made their heart melt. It’s about that ecstatic feeling, but it’s also about that vulnerability—the realization of the power people and emotions can have over you. It is also about wanting to see someone you love again, hoping that things haven't changed too much, that you can still recognize what you saw in each other when you first met.

Pearson is featured on VersaEmerge’s first EP, Cities Built On Sand, which features a heavier, more aggressive sound than that of the band’s later releases. He then joined Decoder with former members of Oceana and Of Machines. The band signed to Rise Records and released their self-titled album in 2011. They changed their name to Lead Hands following a lawsuit in 2012, but ultimately broke up that summer. Aside from Pearson, members have gone on to perform in both Memphis May Fire and Sleepwave.