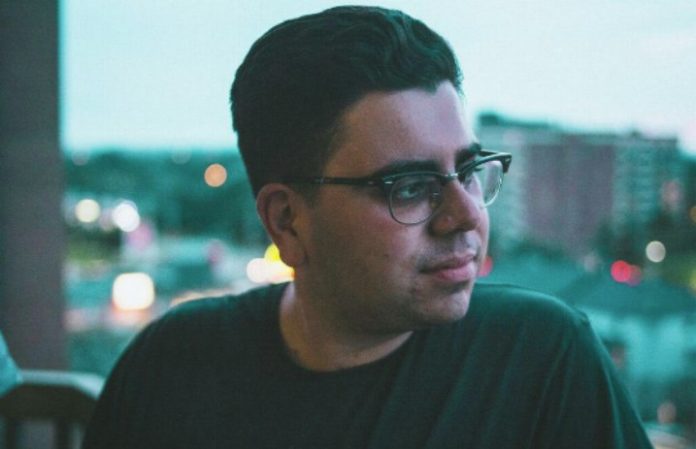 Meet Joe Buscema: an artist manager at Reclaim Music Group and CEO of Custom Merch. He began his pursuit of artist management back in 2007, when he was managing the bands he used to play with. Ten years later, he’s managed more than 25 bands, including Like Pacific, Bearings and more recently Set It Off, and is here to offer advice on how the music industry’s changed, managing bands and his thoughts on working specifically in the alternative music scene.

Read more: Neck Deep, Sum 41 publicist Dayna Ghiraldi on how she went from music fan to repping her fave bands

How is the music industry today different than when you first entered it?
I personally don’t feel like too, too much has changed, maybe because I feel as if I have just put my head down and done my best to adapt to how things are moving and where I feel like they are going. Some of the small changes that I have seen would be things such as it isn’t 2008 anymore, and MySpace isn't the best way to find new music. I discovered the first band that I ever worked with on MySpace, Abandon All Ships, in 2007. They went on to different managers who did great things for them. I was 17 and running off strictly passion for music, didn’t have much industry knowledge or helpful connections. I am currently developing a solo artist by the name of Ryan Woods with my partner, Matt Arsenault. I found Ryan on a site called YouNow, while at [Andrew Bisante] house, who is a professional broadcaster. Spotify is also a great way to discover new music to not only enjoy and listen to, but to potentially find new artists to work with.

Streaming is literally everything now. I think that it’s more important for most artists to get on the key Spotify playlists than on a radio station.

What inspires you most about alternative music?
I think that the most inspiring thing for me in my pursuit of managing alternative music and the scene is that I literally grew up adoring the business aspect from afar, but being very involved with shows within the community.

In recent times, I have been very blessed to help play my little part in it. In 2016, I had the pleasure of tour managing Like Pacific on the Vans Warped Tour, which was a dream come true for me. I grew up with the Punk Rock Summer Camp DVD from the ’90s, which showcased bands like Rancid, Bad Religion, NOFX, H2O and many others who shaped me in my crucial years. Now, being 27 years old, it’s really cool that I get to work with a variety of the music companies who played and continue to play a huge role in the alternative music scene for up-and-coming acts.

“I was the kid who was picked last for everything. I didn't have a lot of friends; I got bullied a lot; I couldn't see eye to eye with my family; and I was an outcast.”

This is the music community that gave me a home and a place to go when I felt like I couldn't go anywhere else. I was the kid who was picked last for everything. I didn't have a lot of friends; I got bullied a lot; I couldn't see eye to eye with my family; and I was an outcast. It’s this music scene that brought me in; now I get to serve artists who are the new faces of being a voice for the voiceless. It’s very important to me that the bands/acts I work with have the core values and messages, and pass those along to their audiences.

What’s the most rewarding part of going all-in with a band?

There are so many rewarding feelings when going all-in with a band. The best one that comes to mind is the feeling of having accomplished a very specific breakthrough that means dreams coming true for the band.

Specifically, when I first started managing Bearings, a common goal that we all had was to get the band signed to Pure Noise Records. It was definitely a common goal, as myself and the band both felt very strong about Pure Noise being the most ideal partner for Bearings. I was able to turn the label onto the band from building a relationship with Pure Noise in other ways, had some phone calls and meetings, and then one day it all came to fruition, after months of talking to the label. In a span of about 48 hours, we had an official offer from Pure Noise, Brad Wiseman as our agent and a tour offer to support State Champs. For the band and myself, this was a big couple of days for breakthroughs.

Essentially, having a shared vision with the artist(s) that you work with, and getting to bring it to life day by day, in big ways, is the most beautiful and rewarding feeling in the world. However, the only way to achieve these results is by going all-in. I have spent a lot of my own personal money on management related tasks, including traveling, social media boosting, meetings with people, paying for drinks/meals and overall just helping any which way that I can.

“Having a shared vision with the artist(s) that you work with, and getting to bring it to life day by day, in big ways, is the most beautiful and rewarding feeling in the world.”

Early 2015, I had come off working with an artist who I was all-in invested with, and it was my main source of income. So, to avoid having to get a job that would distract me from my goals with pursuing artist management, I started a merchandise business out of my bedroom to help pay my way to continue management, have freedom of schedule and freedom to run my company from any corner of the world.

My beacon of hope during the time of losing that artist was Martin Broda one day texting me, telling me he wants to start a new band and wants me to manage it. I was definitely in the dumps, and that kind of turned things around for me in my head. It was my “aw, you gotta keep going” moment. So, I went at it, stronger than ever and with a greater sense of purpose for my path in life. After hitting the ground running with our project, “Curses” for over two years, we attracted a few amazing record labels. At the end of the day, we decided to go with Weekday Records and Sony Music Entertainment and launched the new band, Cherry Pools. This is huge for us because Martin has been on a major label before—Universal Music Canada with Abandon All Ships—and I have never worked directly with a major label band on management. Martin and I have always believed in each other. For me, I see the world in him as an artist, and I truthfully always have; I’ve always made it a point to tell him that. He has always made me believe in myself. Again, coming from a history of not having a lot of self-worth or confidence, this was and still is huge for me. We continue to push each other to believe that anything is possible, and there is no such thing as a limit. We manifest our goals together, as a team and for one another. We are very fortunate that their first tour will be supporting a great band such as PVRIS, and we will continue to build our future from hard work, smart work and manifestation.

[Pictured: Joe Buscema with Four Year Strong, Like Pacific, and Safe to Say]

What advice do you have for up-and-coming managers to get through the trial and tribulations of traveling with a small band?
Go all-in. Book the tours, figure out what van the band is going to borrow or rent, do a tour budget so you can make sure that the band will break even [or] turn a small profit. Go on the tour with them, keep their morale up, give them notes every night on their performance that could improve [their skills] for the next show. A huge part of management is leadership. Be their leader, but in a constructive, “I believe in you, and I am saying this to help you reach your potential”—not in a “I’m the boss, and you have to listen and respect me” way. Respect is a two-way street; get on the level of the artists. Understand that they are living month to month, week by week, day by day. Understand that they probably have a bunch of people pointing at them daily saying, “Why the hell do you do this to yourself? Why don’t you go back to school and get a real job? Are you really going to live like this forever?”

It is easy for people on the outside to not understand what artists go through and the amount of doubt from people around them that they have to deal with.

What changes do you foresee in the future of our niche portion of the music industry?
Going back to Spotify for a minute, I feel like we really, now more than ever, live in a very personalized and customized generation. People know what they want, and they know how to get it. Back in the day, a label could push a band, a sound, an aesthetic, and it would have a blanket effect over the entire scene. Now, people are not just listening to pop punk, metalcore, emo or even any branch of “alternative” music. I’m seeing a lot of emo-inspired hip-hop on the rise, as well as pop music; but people are still listening to our niche portion of the music industry. I think that there are no more boundaries within “where the sound will go.” People are now in full control of what they like. They can and do listen to whatever they are personally feeling and whenever they want.

I think that people in the industry working with the alternative music scene just need to embrace this—if they haven’t already—by working with artists of all genres. I think people need to lose the mentality of “WE NEED TO SIGN BANDS THAT SOUND LIKE THIS!” and rather work with bands that are unique and have the power to make people feel something. The scene is not so pigeonholed in pop punk, metalcore and emo anymore. People want something new, something fresh. Make this your full-time gig; do whatever you have to do to make it your full time gig. Every action has a reaction. So, if you put [in] part-time efforts, you’ll get part-time results. If you put [in] full-time and the obvious overtime efforts, you’ll get amazing results. Don’t get in your own way.