The first time we’re introduced to Black Widow, she’s a bit tied up in The Avengers. There’s no need to worry though: The heroine is on an undercover mission, and it’s all part of the plan. After a call from Phil Coulson, she easily defeats three men all while strapped to a chair. If that’s not one of the most amazing things to witness, we don’t know what is.

8. Captain America’s fight in the elevator

Just when it looks like he might be defeated in Captain America: The Winter Soldier, Steve Rogers solely manages to knock out nine grown men in an elevator. Captain America can hold his own in almost any fight, but it’s always impressive to see him kick ass by himself.

9. When Scarlet Witch has to sacrifice the love of her life

What’s more metal than having to kill the person you love most for the greater good? Absolutely nothing. Scarlet Witch must destroy the Mind Stone in Infinity War, but in order to do so, she must end Vision’s life. We’re not crying, you are.

10. When Thor accesses his true power

Thor: Ragnarok is most likely one of the best MCU films to exist. With its bright colors, comedic one-liners and epic fight sequences, the film is absolutely iconic. What makes it even more special, though, is the iconic fight scene between Hela and Thor. As any little brother would, the God Of Thunder is tired of being pushed around by his older sister, who just happens to be the Goddess Of Death. Pair that with a little motivational speech from his father, and there’s a formula for vengeance.

11. When Thanos throws Gamora off a cliff

Probably the saddest scene in MCU history, Thanos throws Gamora off a cliff in Infinity War, leaving us (and probably everyone else) in tears. Watching that scene play out is the equivalent to listening to your favorite sad song when you’re feeling down, and it makes you feel worse.

There’s no denying that Captain Marvel is an absolute badass, but her best scene has to be where she has a standoff against Ronan The Accuser and his whole crew in her self-titled film debut. She could have ripped the ship to shreds, but instead, she let them go, probably to tell their superiors who they shouldn’t mess with. Plus, Carol Danvers wears a Nine Inch Nails shirt and rocks out to ’90s tracks when she’s not saving the world—what’s more badass than that?

Did we miss any other great moments? Let us know in the comments below! 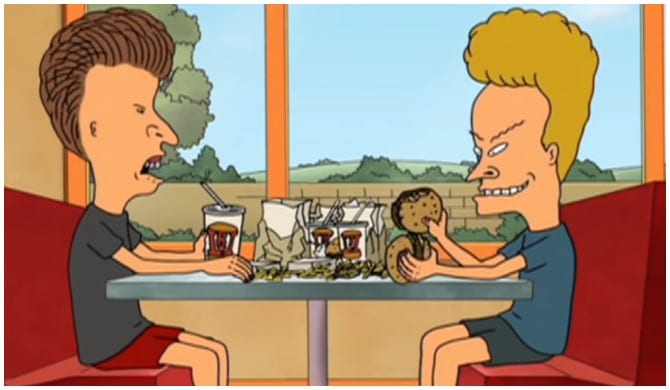