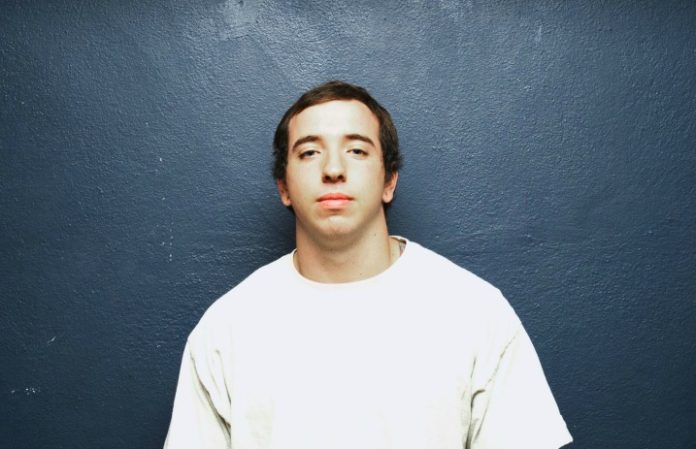 Citizen frontman Mat Kerekes has released a new track, “My Lucky #3,” taken from his upcoming album Luna & the Wild Blue Everything, set to drop Aug. 26.

The music video for the song was a collaboration between Citizen guitarist Ryland Oehlers and Kerekes. The two chatted about their work together and the inspiration behind the video itself.

What was it like to collaborate creatively on this video as compared to collaborating when writing music for Citizen?
Kerekes: For Citizen, one of us will present a demo and then all of us get together and shape it out. Ryland takes amazing photos and does cool little videos on the side, so when I realized I had to do a video for this song, I knew he would be the perfect person to turn to. We both talked about some ideas and when it came down to it, the filming and editing was all him. I didn't really do much.
Oehlers: To me it felt like pretty much exactly the same. Both coming in to it together with ideas and talking them out, deciding what we agree will work best, what is creative and then putting it together and ending with a final product.

Can you tell us a little about the inspiration behind the song?
Kerekes: I wrote this song the day after a motorcycle accident. It started raining as I was riding, and I ended up hydroplaning through a red light with no helmet on only wearing shorts and a T-shirt. I ended up dumping the bike and sliding through the intersection only walking away with some road rash and a really swollen right leg. I think the rain made sliding a bit easier. Pretty stupid on my part. I got really lucky. I've always thought I would think of certain things before I thought I was going to die or wish I did this or that, but my mind went blank. Nothing moved in slow motion, no life flashing before my eyes, no wishing, no thinking about anything. It was a pretty nice feeling. Scrape all of that together and this song is the product of that. The video could reflect the song in multiple different ways I guess. You can make anything mean anything.

What was the experience like since this is the first video you've directed?
Oehlers: My experience was actually amazing to say the least. It all felt very natural for me during the filming process. A lot of shots were one takes, too, so it all just worked out really smoothly and the vibe was all there. I felt very proud when it was all said and done.
I actually had a different idea than Mat and basically we took things from both of them to combine to the idea of this video. Like I really wanted the majority of the video to be in slow motion and he had the idea of a character being chased and when we started filming we basically just riffed what would happen by using our surroundings really.

Catch Mat on tour this fall with Anthony Green, and preorder the album here.