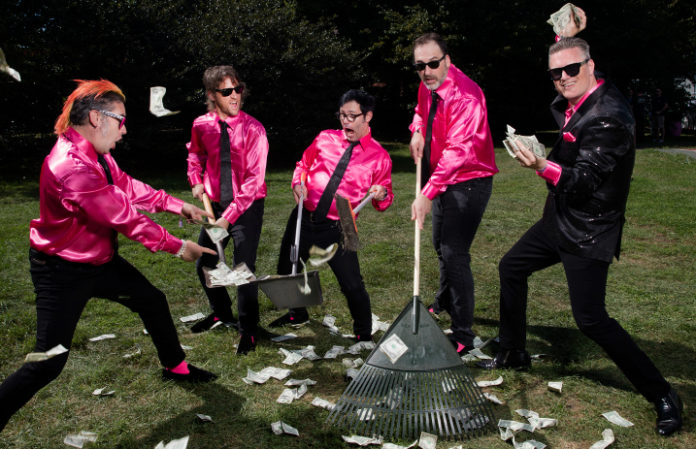 The star-studded punk band Me First And The Gimme Gimmes are giving us a hidden, decade-old gem of theirs for the first time on a digital format. Initially only pressed on a 7″ series, “City Of New Orleans” will now be available on their upcoming album Rake It In: The Greatest Hits.

Since it's inception in 1995, Me First And The Gimme Gimmes include crooner Spike Slawson, Lagwagon's Joey Cape and Dave Raun, Foo Fighters' Chris Shiflett and NOFX's Fat Mike.

Rake It In is set to be released April 7. Pre-order it here. Of the new release Fat Mike says, “Little effort, no originality, matching shirts, all shtick and a great fucking singer. That's all you need these days.”

Check out “City Of New Orleans” below and a full list of tour dates with Masked Intruder, Pears and Together Pangea here!