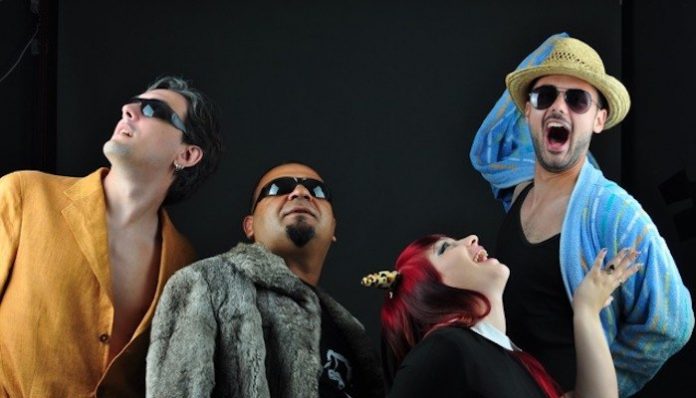 Historically, the music world has always been motivated by trends. From fake Madonnas to hip-hop opportunists to the entire metalcore section located next to plumbing supplies at Home Depot, somebody is always jumping on someone else’s train. Thanks to a new consciousness and the advent of playlist culture, there’s been a concerted effort on behalf of artists and listeners to eliminate the notion of “genre” and appeal to the art in your head without prejudice.

That’s why we think you’re going to dig Itch. On their sophomore release, the band from Belgrade, Serbia, make checkerboard moves across a wide range of styles. From danceable pop that echoes the early ’80s to ska-infused metal, no two songs on their second LP, Round 2, are alike. That’s not a lack of focus; it’s more a joyous case of sonic ADHD. Lead singer Iva Caustic anchors the band, providing just enough intrigue to keep you wondering what’s next. Caustic’s voice and solid songwriting are key components to the album, the saving grace that makes the record a unified collection and not just nine disparate songs.

Really, there’s something on Round 2 that will appeal to your buds. Our fave thing on the record is “Defpotec” where the bouncy pop gets turbo-charged with a really cool lead guitar break before heading back into the choruses and making a dead stop. We trust you can make your own combinations to describe the quartet. Lzzy Hale fronting No Doubt? We Are The In Crowd reconvening with bigger amps to cover After Laughter? Stitched Up Heart’s Mixi Demner on Broadway going through seven costume changes in one four-minute song?

You tell us if we’re spot on or drinking too much coffee. See what Itch are up to over here and check out the video for “Spell”  below.