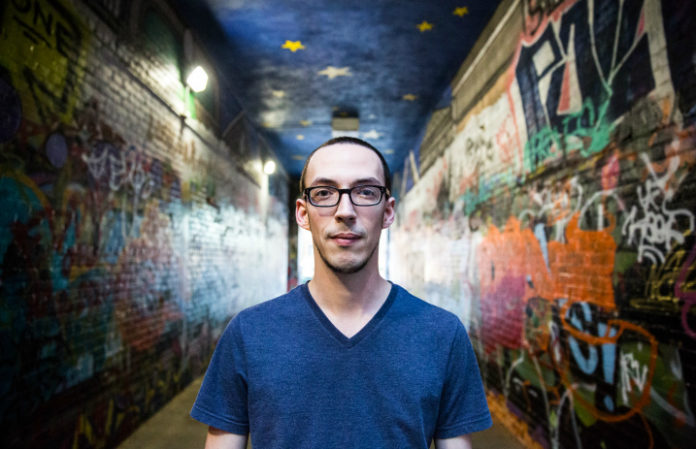 Producer Joey Sturgis has worked with the biggest bands in the scene, including the Devil Wears Prada, Asking Alexandria, We Came As Romans, Of Mice & Men and more. However, he never intended to do any of it. A man who is now a big name in the business when it comes to making big rock records was once just a kid trying to figure out how to record his own band’s demo.

So how did he turn fumbling around with computers into a hugely successful career? What’s his secret? Well, to produce big records you’ve got to think big, and for Sturgis it all starts with being superhuman. “I started to realize the difference between me and other producers was that I was trying to capture basically the comic book character version of the artist that I was working with,” he says. “My whole goal was to make them sound larger than life; make them sound like a superhero. That pretty much just became my approach to working with artists and to really make something special out of their music.”

Every character in a comic book has their own motive that keeps them fighting crime or destroying cities. For Sturgis, it became his job to find out what each band’s motive was for creating a record. “What is it that they really wanna do?” he asks. “Is it that they want to travel the world? Is it because they want to be free from corporate America? What is the reason why they’re in this band? I would take those things into account and then use basic psychology to help them achieve those goals, whether they knew that was happening or not.”

Keeping with his analogy, Sturgis self-describes as the hero the Flash. He does whatever it takes to make his process more efficient and user-friendly—even if it means inventing his own software. “I think there’s a lot of advantage to being fast,” he says. “I spend a lot of my time trying to figure out how to optimize everything.” That vision ultimately drove the producer to create his own products through his company Joey Sturgis Tones. Some of his ideas came directly from working with bands in the studio and trying to make their record sound as perfect as possible. If he ran into a problem, he’d just create software to bypass it and get the band the result they wanted. “There’s all these barriers,” Sturgis says. “A musical person isn’t usually very technical. So there’s a barrier between them and their creativity half the time when they want to put down an idea. You have to know all of these things, like how a computer works, how recording software works, how the plugins work—there’s a lot to it. So my goal was to make that easier, and that kind of plays into my whole mission on Earth is to help people make great music.”

In addition to producing game-changing records and inventing new audio tools, Sturgis also goes out of his way to teach beginners how to mix. “What I am doing with my time right now is educating people,” he says. “I have an audio education company called Unstoppable Recording Machine and we go out and really try to teach people how to do mixing and basically how to build [their] career as a producer or as an audio professional.” Sturgis is also part of a project called Nail The Mix, which shows people, step by step, what goes into mixing and mastering tracks from some of their favorite artists. “This month we’re working with Meshuggah,” he says. “We’ve had a lot of interesting bands on like A Day To Remember, Neck Deep, Papa Roach…”

No doubt, a person would definitely have to identify with the Flash to get all of that done. But what keeps him moving with such energy and determination isn’t radioactive material or lab accidents; it’s something much more meaningful. “I guess I’ve boiled it down to one really simple message, which is to get started before you’re ready. People put all these barriers in front of them before they can do something and it enables them to make excuses every day for why they’re not doing it. If I can say anything that I’ve learned from my life is just jump in.” For a guy who claims to be highly data-driven and incredibly meticulous in his line of work, his central purpose is both heartwarming and inspiring—a backstory every superhero needs.