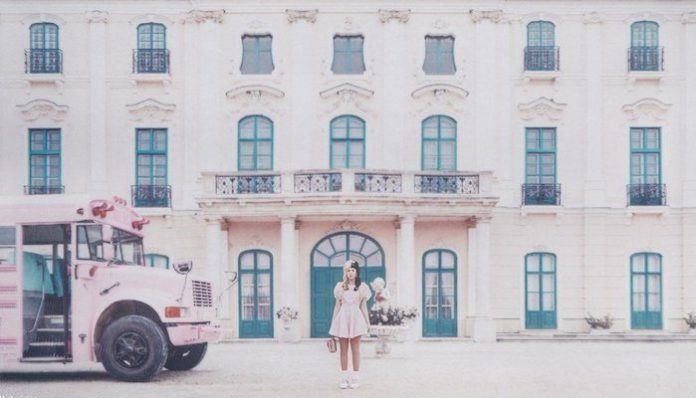 Melanie Martinez had some big expectations to fill off the release of her 2015 debut, Cry Baby. The alt-pop songstress constructed a whole world around the titular character—a version of herself reimagined. While Cry Baby focuses on the internal struggle of family life and troubling romance, K-12 kicks the front door down to show there’s a whole outside, one that’s equally as fucked up.

Setting the scene the only way you can with a school-centric theme, Martinez loads listeners up with opener “Wheels On The Bus.” Much like Cry Baby track “Pity Party” borrowing from Lesley Gore’s “It’s My Party,” the first taste hints at the familiar. Mixing in the child-like innocence of the nursery rhyme of the same name, Martinez contrasts it with tales of a pervy driver and a passing joint.

Once arriving in the literal hell that is school, Martinez begins tackling the real-life problems students face in her own pastel-pop way. Ridding herself of jealous lovers and bullies in one fell punch (“Class Fight”) before moving on to an unfair power shift (“The Principal,” “Teacher’s Pet”), the tracks certainly have their place in the overarching storyline. However, Martinez doesn’t really get into the nitty-gritty of K-12 until arriving at “Show & Tell.”

Read more: Can you identify the Melanie Martinez video from a single screenshot?

It’s here that the vocalist first introduces one of the major problems many students grapple with, which is feeling like you’re constantly on display and open to criticism (“Why is it so hard to see/If I cut myself I would bleed/I’m just like you, you’re like me/Imperfect and human we are”).

That theme of body acceptance is explored throughout the album, next on “Strawberry Shortcake” where the intent is clear in the first lines: “Feeling unsure of my naked body/Stand by watch it taking shape/Wondering why I don’t look like Barbie/They say boys like girls with a tiny waist.” One of Martinez’s most open tracks on the record, “Orange Juice,” captures the perspective of an eating disorder (a snapshot also mentioned on Cry Baby track “Sippy Cup”). In it, Martinez sings of a bulimic, assuring that despite insecurities, “Your body is imperfectly perfect/Everyone wants what the other one’s working.”

Closing it out with tracks of scorned lovers (“High School Sweethearts”) and watching your back (“Recess”), Martinez managed to do the near-impossible by delivering an even more cohesive and impressive effort than her previous. The vocalist presents a literal lesson on life, which for some may be a hard pill to swallow. But with Martinez, it comes in pastel pink and disguised by a bubble gum flavor, making it easy enough to accept while still getting the same expected results.

K-12 dropped Sept. 6 via Atlantic. You can check out the album and companion film of the same name here.

Hayley Williams opens up about why she turned down a Lil...

‘Locke & Key’ has even more keys to uncover for season...

Here’s why the Used’s Bert McCracken keeps talking about the MCR...

10 musician portrait tattoos that look like the real thing

The truth about the Tiger King Joe Exotic’s music is finally...