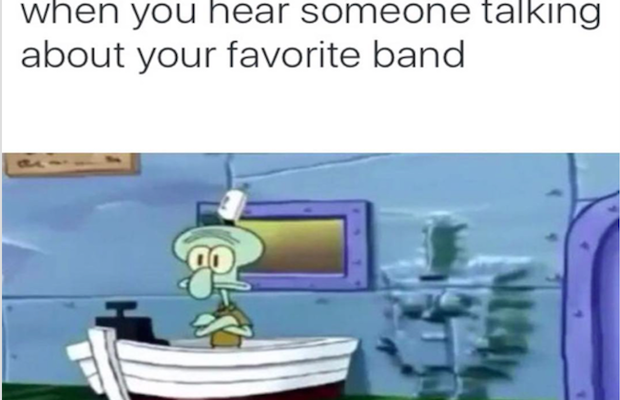 Are memes the 21st century’s digital versions of Holy Scripture? Probably not, but they do help relieve us from our troubles on a frequent basis.

And billions of people on the Internet have seemed to turn to memes as their newfound savior, with Google Trends unveiling that searches for them have steadily increased to the point where they now exceed searches for Jesus Christ himself.

Read More: 13 memes that perfectly capture what it means to be pop punk

A tweet posted by user @Kuwaddo shows that Google searches for memes have been on the rise since 2011, recently surpassing searches for Jesus within what looks like the past few months.

WE DID IT PEOPLE.
WE FUCKING DID IT.
HOLY SHIT. pic.twitter.com/RgfAM2H9W2

So what does this mean?  It’s evidence that we humans have the desire to laugh now more than ever before. Sadly, as far as religious texts go, there are only finite amounts. But on the other hand thankfully, the Internet provides us with endless memes. Check out some of our favorites below:

Starting with the all around relatable ones:

Even Obama has gotten in on the action: