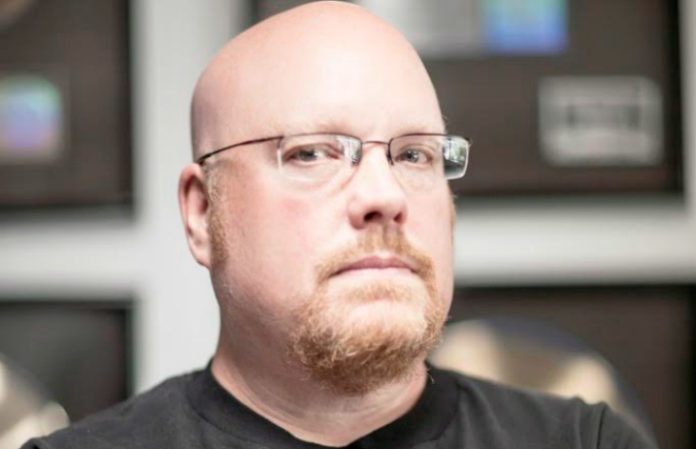 Metal Blade Records founder and CEO Brian Slagel launched the label in 1982, and in For The Sake Of Heaviness: The History Of Metal Blade Records, he reveals just how the record label began, what they’ve accomplished and where they’re going.

Written by Slagel with Mark Eglinton, the book is an inside look at how Slagel built Metal Blade from a one-man operation to becoming a home for some of the heaviest music today.

The book recounts everything from Slagel’s metal-obsessed fanzine days to his advice on guiding Motley Crue’s career. Plus, it details his behind-the-scenes roles with the likes of Slayer, GWAR, Mother Love Bone, Alice in Chains, Faith No More, Goo Goo Dolls and Lamb of God.

In an exclusive excerpt from For The Sake Of Heaviness: The History Of Metal Blade Records, out today via BMG Books, Slagel recalls trolling MySpace and discovering the Black Dahlia Murder. He'd never signed a band by “randomly looking around the internet,” but that signing came together. Not to mention, the label was across the board in terms of the styles of bands they signed.

Read an excerpt below:

The debut albums from As I Lay Dying and The Black Dahlia Murder were two releases that were of great significance to us during the 2000s. The Black Dahlia Murder was one of the weirdest signings in the history of the label. Late one night I was trolling Myspace, which was where everybody went at that time to listen to music. I noticed, when looking at a few of the pages of bands I knew, that several of them were connected to The Black Dahlia Murder. I clicked on their page, where they had two or three songs. They were incredible!

I reached out through Myspace. “Hey, I’m from Metal Blade,”I wrote, “and your stuff sounds really good. What are you guys doing?” As it turned out, they were just about to sign a deal with another label, though not a big one. When they found out we were interested, their thinking changed. I’d never signed a band by randomly looking around the internet, but they just appeared, and everything came together.

The Black Dahlia Murder was already a great band, but when it came to making that first record, Unhallowed, they really stepped up and made a phenomenal musical statement that reflected so many influences. It was a perfectly balanced mix of super melodic metal with really crazy vocals. I still love that record. With most albums, you’re kind of over it once you’ve listened to the demos and the masters many times over in the production process. But even when the CD came out, I just couldn’t stop listening to it.

When I look back on the whole early to mid-2000s period, it surprises me to see how all-over-the-map we were in terms of the styles of the bands we had on the label. We had the underground bands that had been the mainstay through the nineties, and we had the classic bands that had been there since the beginning. Then we had this whole new raft of metalcore acts, and also new material from melodic metal bands like Masquerade (Flux, 2001), Labyrinth (Sons of Thunder, 2000), and Memory Garden (Mirage, 2000). On top of that, we were re-releasing a lot of old school New Wave of British Heavy Metal material, such as Holocaust, Savage, Quartz, and Jaguar. The roster was all over the place, and it was pretty interesting to be a part of it. As diverse as the list was, all of it did really well.

Given that genuine heavy metal was on the way back in, it was entirely appropriate that we should get the opportunity to work with Manowar—a band that not only epitomized the heavy metal attitude, but one that I’d always loved since my very early days with the fanzine.

We got the opportunity to work with them because they didn’t have a label and I, as I did with most bands in that limbo situation, started talking to them. The coolest part of it is that the record we did with them, Warriors of the World, pretty much brought them back to where they’d been in the eighties—certainly in terms of a US audience. The nineties hadn’t been kind to them in the States, but in Europe it was always a different story; they regularly played arenas.

Consequently, I pretty much made them tour Warriors of the World in the United States. They went out with Six Feet Under and did really well. It was one of the only full US tours that Manowar ever did, and it really pumped up sales of the album. We did some further studio records and some live material with them, which further strengthened their position. Not everybody is going to say that Manowar is easy to work with, but, from my perspective, they couldn’t have been more of a pleasure.

To read Metal Blade's whole history, order For The Sake Of Heaviness: The History Of Metal Blade Records here.

What are your thoughts on Slagel's discovery of the Black Dahlia Murder—and their history as a label? Let us know in the comments below!