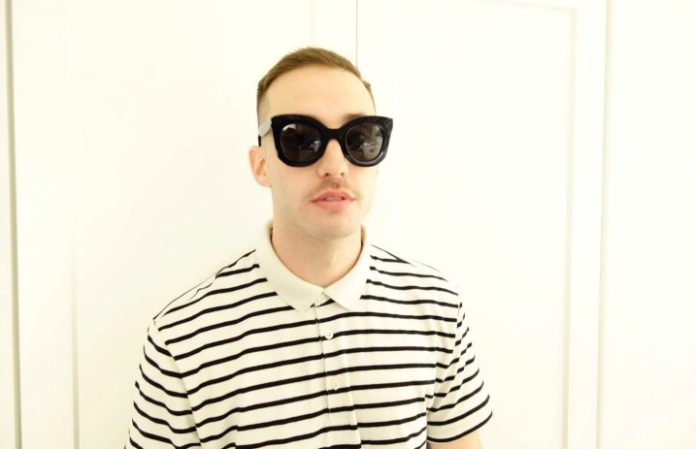 Former Volumes vocalist Michael Barr took the leap from heavy music to something that’ll make you feel simultaneously melancholic and ready for a late night in the city.

In the summer of 2016, Barr shared his Back Home EP, giving us all a glimpse into his new creative reality. “Run” and “Fence” followed at the tail end of the year, but now it’s time for the world to hear the brand new single “Dark Kid.”

We asked Barr about the past, present and future:

Where on the musical spectrum do you consider yourself right now?

I am creating every day, working on music in a genuine and creative space with like-minded individuals. I spend a lot of my time in the studio, which is something new for me. I don’t see my music as pop or R&B—it’s just what I want to do. It is really what I want to hear, stuff I listen to in my own free time. People can label me, or my music, as they please. It doesn't change the creative process or my dedication to it.

What does “Dark Kid” mean to you? What is the message behind it?

Most of my songs are fiction or about things that actually happened to me. “Dark Kid” explains a nonfiction story about a girl who is living two lives, both extravagant in their own way, who eventually always ends up alone. Imagine a night of drug- filled fashion sprees and back door entries.

What does the artwork for the single represent?

This is exactly what I had envisioned her looking like. It represents what I see in this character. The plus sign is something I have implemented on Twitter, merchandise and a lot of what I do because I wanted a “symbol” or “branding” besides my name. Then [I realized] it means much more than just seeming to look cool. Thank you to Billy Barber for taking the time and doing such a good job on the artwork. It turned out so great.

What is the possibility of touring with the new music soon?

It’s something me and my management work on every day. We have some shows lined up for spring in the Southern United States, but are planning much more every week. I'll also be doing some shows in Texas in March, I believe.

What do you want readers to know about the recent Twitter drama with Volumes?

I still [talk] with most members in the band. All in all, it is extremely unfortunate to the fans. If you were around for the beginning and early years of Volumes, you would understand the responsibility we gained to certain fans and areas of the U.S. Volumes is/was much bigger than any one person. To be a genuine fan of Volumes and watch that unfold via the internet is something I would never want any of my fans who like my music to go through. I want to thank anyone who supported us during my time in the band, and I want to wish them the best. I am looking forward to their new album.

What personal motto do you live by?

Should we expect another EP or a full-length in the near future?

Yes. Extremely soon. Keep your eyes on my Twitter page (@AtTheBarr) and on my SoundCloud.