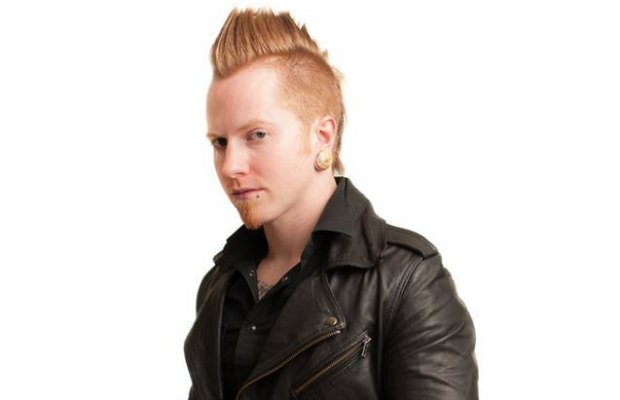 In late October, post-hardcore outfit A Skylit Drive announced the departure of their rhythm section, bassist Brian White and drummer Corey La Quay. Undaunted, the band are releasing an acoustic album, Rise: Ascension, Jan. 6 via Tragic Hero Records. With close to a decade in the scene, this significant change in ASD’s history isn’t something the band are taking lightly. Because of this, we asked lead singer Michael Jagmin to offer his thoughts about his band’s past, present and future, and how all those things have changed with the passage of time. While he admits the scene isn’t what it used to be, Jagmin is excited for the next chapter of his band, as well as the culture he has immersed himself in.

With each passing year, I mostly knowingly (but sometimes involuntarily) learn, adapt, grow, fail and succeed. I continue this cycle day in and day out. It isn’t until I look back that I come to the realization, I’ve changed. Everything around me is constantly changing. There will never come a day that change doesn’t occur. But how do we adapt to the change of something close to our hearts? How do we learn to live with something we once fell in love with now that it has a different face? How do we learn to live with what music has become today? Some see this challenge as extreme, some are oblivious, and some simply adapt and embrace.

Back in 2008, A Skylit Drive consisted of six individuals who all wanted nothing more than to take over the world. We all shared this same vision and passion. It seemed like we were unstoppable. I saw no end in sight. But as days drifted and years flew by, desires changed. It wasn’t just a party anymore, and I feel that realization fell hardest on specific members. Everyone soon had to understand that nothing would be handed to us anymore. Now it was time to earn our keep and prove what we were made of. Sadly, it really didn’t take long to notice the weak links grinding away at the heart of the group. Even back when I first joined, it was clear who honestly worked for it and who was along for the ride. But, at the end of the day we were a team.

At the time, it seemed like all of us together got us to where we were, and that as a team we could fix whatever internal issues we had. Where we failed was neglecting the overall issues. We just acted like everything was okay. Looking back, we were naïve and clearly gave too many chances to too many undeserving people. It was the hard work of few that pushed the ship, but for years we operated under the absurd assumption that everyone put in an equal effort. For years we gave countless chances and opportunities to those that never even scraped the surface of making a distinguished contribution. Only a few of us were truly passionate about creating music while others just did their own thing. Album after album. it became more and more clear who drives this band. Tour after tour, we were reminded of who pulled us down. When the time finally came to sever ties with those who lost their way, thankfully, the overall separation was pretty mutual. Deep down, everyone involved knew there was no way A Skylit Drive could ever continue with the negativity and broken-down morale that plagued it. Some dwelled on the failures while others relished in the good times and hoped for more. Today, those of us that still stand as ASD are the ones with fight left. We have always been the ones with the fight and the heart. We refuse to let our failures define us.

Things change and sometimes they’re scary and unwelcome. I understand that more than most could understand. Take today’s music scene, for example: This is where our art lives and breathes, but that doesn’t mean it’s always going to be what we imagine or even what it was like when we were kids. We all have to adapt to change.

The biggest and most important difference for me with music today is seeing it lose the mystique it once had. Artists were viewed as untouchable and godlike when I was younger. I personally had to hop a 12-foot fence and sneak past multiple security officers just to meet Slipknot back when I was in eighth grade. It took effort and risk to meet the bands we loved. Now, only 15 or so years later, it’s all changed. Now artists are completely accessible, whether it be online or just at shows. Our personal lives and everyday occurrences are now a common piece of someone else’s day via Twitter, Facebook, Instagram, etc.

As for how accessible we are at shows, nowadays all it really takes is walking around the building and waiting by the vehicles that clearly belong to the bands. You won’t often find security guarding the buses, or even find the touring vehicles are safely parked in a private area. In saying that, while there are many cons to these changes I can’t say all of them are bad or that I even wish it were the same as before. Of course for safety purposes, it’s all dodgy, but what I do love about this change is now I get to meet my fans face to face. You aren’t limited to a minute or two at a VIP meet-and-greet. I get to actually talk with you. In one city, I might find out how much a lyric helped someone deal with the loss of a loved one while in another, I’ll learn that a song of ours brought two people back together. Nothing is more humbling than hearing my words have done something as extraordinary as giving hope, clarity, comfort or even closure to another person. If we existed in a different era, I would have never gotten to experience such gratitude. In the beginning, songwriting all started as me needing to express and release all that I felt inside. It was my therapy. Whether the feelings were negative or positive, I just couldn’t keep them in. Putting my words into a song gave me a purpose. But, over the years I’ve started to realize my purpose isn’t simply writing for my own healing anymore. I now have this attachment to our fans. It’s a bond I cannot ever deny. It’s because of this bond I now write for anyone that has ever given me a chance, ever listened to just one more second, or ever stood there for one more song. I remember the times you tell me of your accomplishments, failures, losses and gains. I remember the handshakes and simple kind gestures. It all stays close to me and it will forever remain with me in all that I create. I won’t lie, it took time for me to adapt to this change. But being able to interact with our fans truly allowed me to fall in love with music all over again.

In the end, I’ve learned and loved the need to adapt. I have grown older and failed more times than I can remember. But when all is said and done, I have also wonderfully succeeded. What I can’t express enough is my gratitude for the chances I have been given. For that, I thank you eternally. alt

Pre-order 'Rise: Ascension' via Tragic Hero and enter to win the acoustic guitar used to record the album (signed by all members).