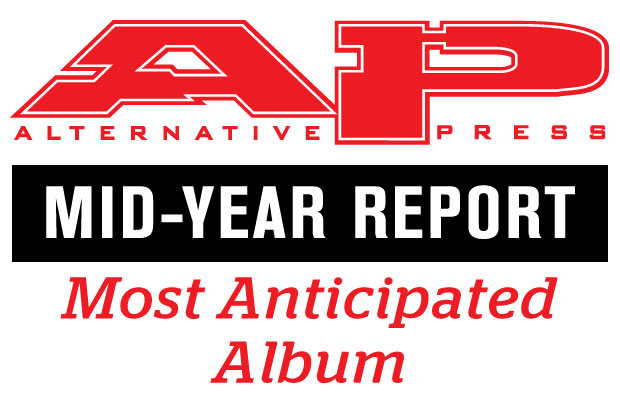 Here's what we think the best of the second half of the year will be.

A DAY TO REMEMBER – Common Courtesy
Release Date: TBA / fall
“With this whole lawsuit thing, and continuous talk of ADTR ‘selling out,’ this album could go in almost any direction. The tracks we’ve heard so far sound solid, though, and I’m sure the boys won’t disappoint!” –Aisha B.

“This band continue to put out amazing music with each album they release. It is my hope that this album is no different.” –Matt Gaffney

BRAID – TBA
Release Date: TBA
Like my heart, I proudly wear my love of mid-’90s emo on my sleeve, and nothing gets me giddier than when one of the bands I worshiped in high school gets back together—and when they decide to make a new album? Mi corazon esta lleno de amor! Braid's comeback EP was solid and their split 7-inch with Balance And Composure was way more energetic than it had any right to be, so I'm officially the conductor of the excitement train for these Midwestern emo legends' long-anticipated fourth LP, coming this fall. –Scott Heisel, Managing Editor

THE DANGEROUS SUMMER – GOLDEN RECORD
Release Date: August 6
Since they lost half the band between albums, you can't help but feel a little on edge for the Dangerous Summer's regenerated lineup. Adding to the anticipation, lead single “Catholic Girls” mirrors the strained, worked-up vibe of War Paint's “Work In Progress,” if that's any indication of the neighboring tracks. We won't find out until Golden Record's release on August 6, but hopefully we'll hear more clues along the way. –Brian Kraus, Weekend Web Editor

DEATH SPELLS – TBA
Release Date: TBA
Frank Iero (formerly of My Chemical Romance) and James Dewees (the Get Up Kids, Reggie And The Full Effect) joined forces last spring while living together and working on what would have been the follow up to MCR’s Danger Days… (and no, MCR didn’t break up because of Death Spells, sillies) to begin breathing glorious, ugly life into their nerve-grinding electronic hardcore project, Death Spells. The duo have a debut full-length that, as of this month, is in the final steps of completion and set for release later this year. They hope, at least—label details are still being fully sorted. After feeding on demo clips all year and having witnessed their live potential in March, I’m beyond read to see DƧ morph, grow and terrify the world in full glory. –Cassie Whitt, Web Content Manager

letlive. – THE BLACKEST BEAUTIFUL
Release Date: July 9
The latest communique from this Southern California post-hardcore outfit is equal parts incendiary, introspective and coruscating, three traits significantly missing in the realm of all things heavy these days. While there is certainly no shortage of people who can play in today's underground rock scene, there is a significant dearth of the number of musicians who can actually make listeners want to go out and achieve greatness, mobilize for a cause or inspire someone to start fucking living. Letlive. are currently owning most of the real estate located on the cusp of greatness, and with good reason: From the vicious groove of “Banshee” to the brooding mystery of “27 Club,” The Blackest Beautiful is the dead man's switch to the bomb strapped to your apathy. Blow it all up and start over again. –Jason Pettigrew, Editor In Chief

TOUCHÉ AMORÉ – IS SURVIVED BY
Release Date: September 24
I’ve been looking forward to Touché Amoré’s third album ever since I interviewed frontman Jeremy Bolm for this year’s Most Anticipated issue. Since then they’ve released two album teasers, including yesterday’s which revealed the album title, release date and…a spoken-word bit? When I spoke to Bolm last December, he had only just begun writing for the next album and didn’t have many details to share. (Although he did mention they’re breaking the three-minute mark on some songs, which seems positively epic considering they’re known for thrashing, hardcore numbers that usually come in under two minutes.) However, if Is Survived By is anything like their past work—Elliot Babin’s ferocious drumming, Bolm’s singing, which sound like he’d rather tear his vocal cords apart then hold back—I know it will be another phenomenal, crushing entry into their already impressive catalog. –Brittany Moseley, Associate Editor