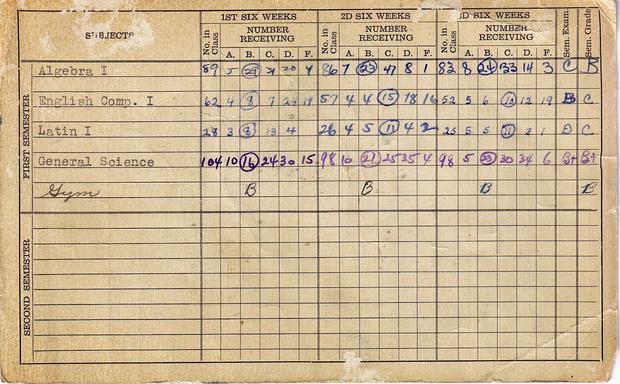 We spent the entire week looking back at the first six months of 2012’s musical offerings with our top albums, songs, music videos and live performances. But now we are looking toward the open road for the records we hope lodge inside our craniums and never let go for the rest of the year. Check out which 10 albums the AP editors are most anticipating for the second half of 2012.

THE EARLY NOVEMBER
In Currents (July 10, Rise)
When the Early November broke up in 2006, they ended on a high note with The Mother, The Mechanic, And The Path. The three-disc concept album was the group’s most ambitious and the most commercially successful. For In Currents, the band kept it simple production-wise (no spoken-word tracks) and focused on the songwriting. The result is an album that flows from the soft opening strains of “A Stain On The Carpet” to the abrasive guitar-fueled “Wearing A Tie,” before ending with the emotionally throat-wrenching “Call Off The Bells.” The band’s breakup is a constant theme, but this isn’t a “breakup” album. In Currents is about what happens after a split and how to put it back together when the time is right. [BM]

THE GASLIGHT ANTHEM
Handwritten (July 24, Mercury)
In a making-of video for “45,” the first single off the Gaslight Anthem’s upcoming album, frontman Brian Fallon said, “After American Slang, after The ’59 Sound, I was like, ‘What am I gonna do? Are there any more Gaslight songs?” Fortunately for Fallon, his bandmates and their fans, there are more Gaslight songs, and the 11 that make up Handwritten showcase the band doing what they do best: punk grit and Americana-infused rock ’n’ roll. Electro-pop dance duos and Queen-inspired piano music may be de rigueur, but those—along with your neon hair color and your poster of Dahvie Vanity—will fade. With Handwritten, the Gaslight Anthem prove good ol’ rock ’n’ roll never goes out of style. [BM]

BLOC PARTY
Four (August 21, Frenchkiss)
Alex Newport (At The Drive In, the Locust) seemed like an odd choice to produce the “comeback” album from the United Kingdom’s well-regarded alt-rock outfit. The big difference? Four finds the band replacing much of the samples and electronics for buzzing guitar noise and assorted banter, resulting in some urgent songwriting and uncharacteristic amp worship. Whether you are completely new to the band or a diehard fan, Four is poised to be the best Bloc Party release yet. [JP]

MINUS THE BEAR
Infinity Overhead (August 28, Dangerbird)
Crafting some of my favorite songs of all time, Minus The Bear have consistently reinvented their sound in unique ways with each record, and I expect nothing less of Infinity Overhead. Whether it’s the swirling, progressive leads Planet of Ice and Menos El Osos brought or the sexually seductive pop sensibilities of Omni, Minus The Bear are sure to bring new tricks to the table that keep them out of the indie rock doldrums. [MC]

CIRCA SURVIVE
Violent Waves (August 28, self-released)
After one LP and one EP on Atlantic Records, atmospheric post-hardcore band Circa Survive have taken back control of their careers and will self-release their fourth full-length, Violent Waves. Of course, the one preview song they've released thus far, “Suitcase,” is hardly violent—it's a smooth, mellow ballad that most likely isn't representative of the album as a whole. (Full disclosure: This writer got to hear a few demos last fall and they were bangers.) Anthony Green & Co. have never let us down yet. Why would they start now? [SH]