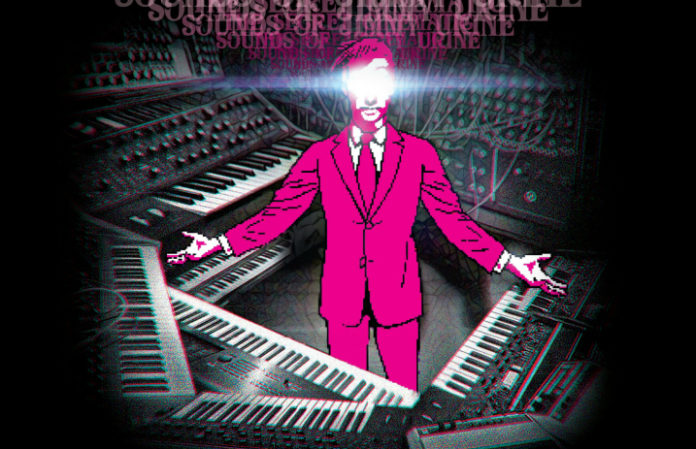 For the past two decades, Mindless Self Indulgence frontman Jimmy Urine has been whipping crowds into furious riots with the band’s heart-pounding electro-punk.

With MSI on hiatus, Jimmy Urine has been keeping busy by exploring his personal pleasures of synthesizers, comic books and video games. Not to mention he will be featured in Guardians Of The Galaxy Vol. 2. as the character Half Nut.

As he’s extending his creative palette in music for movie soundtracks, TV and video games—including I Want To Be Human and The Hive— he’s now combined all those songs with new ones to release a compilation album entitled The Secret Cinematic Sounds of Jimmy Urine, due out April 28 via The End Records.

He’s teaming up with AltPress to exclusively debut his latest track.”Fighting With The Melody” is featured in the game Metronomicon, which mashes up role-playing with music and weird monsters (sign us up!). You can get a taste of the game in the visuals (courtesy Kasedo Games) accompanying the new track below.

“When I wrote “Fighting With The Melody” for Metronomicon, I wanted to write it from the point of view of the boss you were fighting on screen. I wanted it to be like a crazy over-the-top Disney villain song,” Urine shares. “The game creators sent me some character art and animation and there wasn't one specific character, so I wrote it so it could be applied to any boss or monster; basically a boss in a video game is cocky and wants to fucking kill you, and depending on how you play will probably kill you a bunch of times. All the lyrics of the song reflect that attitude and idea, but the falsetto hook is just pure Jimmy Urine.”

Listen for yourself below, and get a first look at the compilations album art and tracklist!