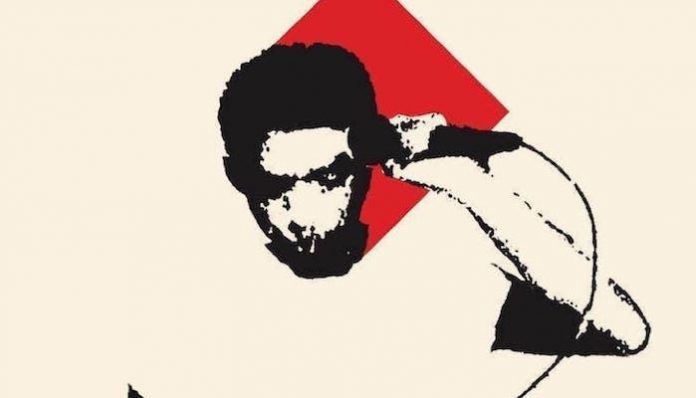 The recent announcement of the 2020 nominees for induction into the Rock & Roll Hall Of Fame came out yesterday. While the Hall’s list is truly a well-rounded roll call of sonic and cultural bastions, it does make this particular grampire wonder when the genre and culture of hardcore will get its due as sonic cleansing agent and cultural fulcrum. Let’s face it: The early howitzer brigade of hardcore certainly isn’t likely to generate warm ’n’ fuzzy feels the way, say, the Doobie Brothers’ “Black Water” might to a retiree of a certain age. What hardcore does represent is a massive sea change in both underground music as well as an attitude rejecting the very bastions that America celebrates as “rock music.” And it’s that moment which is captured so wondrously in Punk The Capital: Building A Sound Movement, the documentary created by Paul Bishow, Sam Lavine and James June Schneider.

“I grew up in D.C., and in some ways the punk-rock scene is like a second family to me,” Schneider says, who started making this film over a decade ago. “Minor Threat’s Out Of Step was the first record I ever bought—not just the first ‘punk’ record. The community I found [in the hardcore scene] and the skateboard scene I grew up in was very formative. It gave me my approach on how to do things. I didn’t know that much about the earlier period [in that scene], which is the area we ended up covering. It was a real process of discovery for me.

“I also really like doing projects about movements,” he continues. “Groups of people working together, notions of community, creative outcasts if you will, whether they are working solo or collectively. This is not a nostalgia film, that’s for sure. We wanted to make something that talked about how things happened and how these people did what they did. It’s about getting to an anatomy of a movement.

“We build it up from the the late ’70s rock scene where people were trying to do original music, which was not easy, and then we take that all the way up to hardcore. One of the most important things is that we really tried to get into punk, and how D.C. punk fit into the continuum of rock ’n’ roll history, as well. By structuring the film in that way, you can see where punk had its place and time. And I think that’s the same story that happened in a lot of cities, and that was very important, too.”

For Punk The Capital, the filmmakers chose to focus on three bands who were burrowing their own niches in the period of 1976 to 1983. The Slickee Boys were the city’s upstart new-wave outfit with guitarist/leader Kim Kane mixing all kinds of influences to his band’s rockin’ quirk. Members of the community never hesitate to acknowledge Bad Brains as the finest hardcore band ever, thanks to their unwavering passion and stellar musicianship. And, of course, the high-powered thrashing of Minor Threat not only created one of the best records in the history of hardcore—1983’s Out Of Step—they created the lifestyle code of straight edge that’s still being adhered to by tenured groups and ones starting in someone’s basement right now.

What was also crucial to the D.C. hardcore equation was the communal hive of activity surrounding Madam’s Organ, initially a feminist art space that turned into a hub for punk rock. (Schneider adds, “It shouldn’t be confused though with the current blues bar that took the name.”)

“This was the place where generations all crossed,” Schneider explains. “People from the Woodstock era were there. Then there were the Bad Brains’ friends. There were yippies and all these young punks. They were all there at this venue, and that is the place where D.C. punk was born. If you’re going to talk about where D.C. punk got its identity, this is where it happened, at Madam’s Organ.”

Like most of the recent D.C. punk documentaries (especially Salad Days and Positive Force: More Than A Witness) Punk The Capital has the propensity to inspire, fascinate and (if we’re being honest) possibly commiserate about how musical subgenres and their attendant cultures and communities rise. Commentaries from people such as Ian MacKaye, Alec MacKaye, Henry Rollins and H.R. are respectful but not necessarily nostalgic. The takeaway here is that you didn’t have to be at the old 9:30 Club back in the day to have it hit you.

“We’ve had people come to the film who have brought their kids or their moms,” Schneider says. “The other night, we had a 97-year-old person come in, and he said he got a lot out of it. But it’s also a film that gets really into that period without excluding people who don’t know punk.”

Schneider has embarked on a mini-tour with the film across the country which began late September. In select cities, he was joined by Jeff Nelson, former drummer of Minor Threat and a partner in revered indie label Dischord Records for a series of post-screening discussions. Schneider is currently working out details to make the film available to streaming services as well as creating a physical DVD edition featuring plenty of outtakes. He mentions that the original edit of his film had a running time of seven hours.

“This is folk music in a lot of ways,” Schneider stresses. “People were singing about things that were important to them. A lot of this stuff lives on because they were singing about timeless questions and really bringing their smarts to bear on their lyrics.”

Which brings us back to 2019, and there still seems to be the us vs. them mentality hardcore has with music historians. Consider that the eligibility rule for Rock Hall enshrinement is that the artist chosen must have a record that was made at minimum 25 years ago. Out Of Step is 36, and the Bad Brains’ debut is a year older. Flex your heads around that for 2021.

Learn more about this crucial document of American hardcore and an itinerary of showings here. 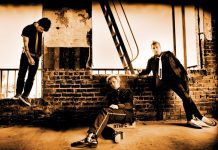