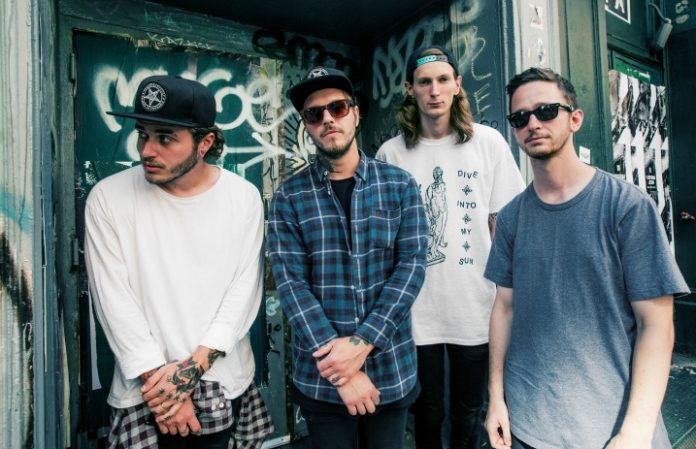 English emo quartet Moose Blood are teaming up with AP to release footage from a live performance of “Swim Down” in front of a sold out crowd.

The song comes from their debut album I'll Keep You in Mind, From Time to Time. Moose blood have just finished recording their second album in Los Angeles with producer Beau Burchell of Saosin.

Before heading back to England, Moose Blood announced an intimate show at Chain Reaction in Anaheim, Calif.—their first headline show on American soil.

“The show was the perfect end to our time in LA recording our second album,” shares the band. “We didn't have any expectations going into it and having it sell out and seeing the reaction we got was an incredible moment for all of us.”

Moose Blood is wrapping up 2015 on a UK tour with Lower Than Atlantis. The new album is anticipated for spring or summer 2016.

See the live performance of “Swim Down”—filmed by Nicole Busch—below, and be sure to leave us comments letting us know what you think.