15 music gems you can hear in the ‘Mortal Kombat’ series

It’s easy to forget, but the ‘Mortal Kombat’ series boasts impressive music when it comes to the soundtracks.

Mortal Kombat has been a titan of the gaming industry since the first title was released in 1992. It’s been both slammed by critics for its violence and beloved by fans for the deep lore of the story. One thing is for certain: Creators Ed Boon and John Tobias have handed gaming one of its crown jewels. But something else that Mortal Kombat gets a significant amount of love for is the music.

It’s easy to forget, but the Mortal Kombat series boasts an impressive display when it comes to the soundtracks. It’s clear that composer and sound designer Dan Forden put his heart and soul into each song. In fact, it’s impossible to play through any of the games in the series and not come away with at least one new favorite. So get those playlists ready. Here are a whopping 15 tracks to add to your library. 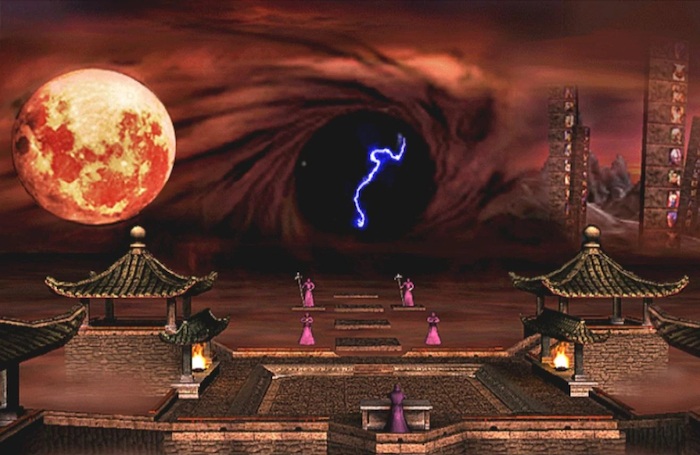 From the haunting and hellish red sky to the off-putting shadow priests standing watch over the fighting stage in silence, everything about this location feels menacing. There’s even a cool callback to Mortal Kombat 3 with the challenge towers in the back. But what really is the cherry on top of this amazing stage is the electronica theme we were blessed with. It lends well to the creepy atmosphere, almost giving off a sense of glee at the bloodshed taking place.

As you’ll see, the shadow priests are a staple of Mortal Kombat stage design. The ever-present beings who serve as Shao Kahn’s sorcerers and aid in Shang Tsung’s preservation of his youth, they also watch over the various portals that the emperor and his underlings use. The song that accompanies this stage is an imperial-sounding track that gives a sense of regalness and mystery. It could be compared to emperor Kahn’s “daughter” Kitana in how the track sounds and the sense it gives. It even pops up during Kitana’s bio card in Deception. 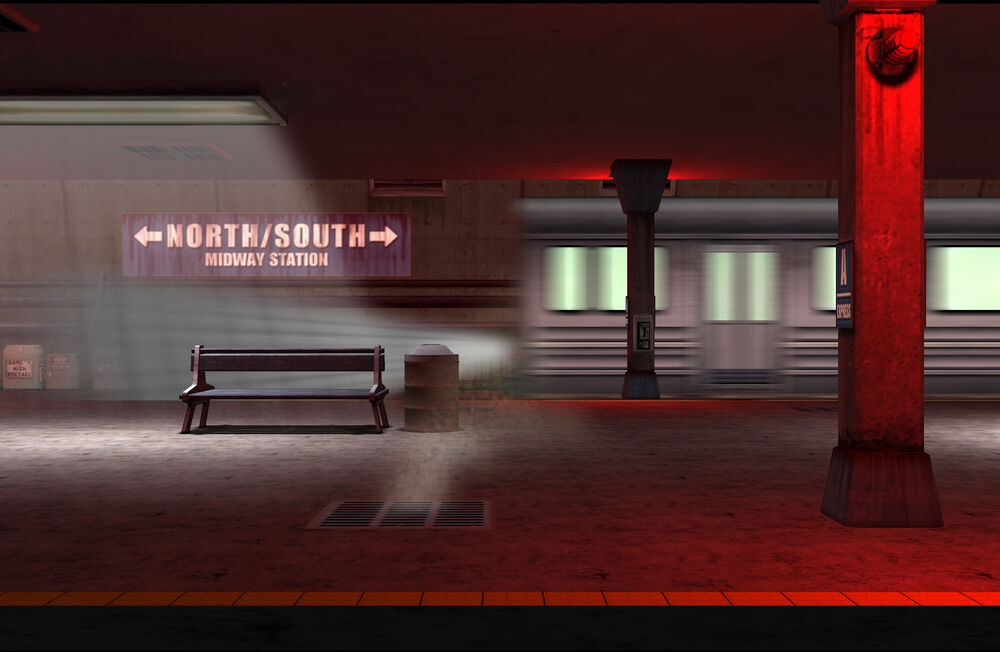 The Subway is a recurring stage in the series that dates back to the third installment with varying themes accompanying it. But the one that we wanted to highlight is the rendition that can be found in the seventh title in the series. The track perfectly mixes the usual Eastern-influenced sound that’s found in MK’s more traditional stages with the urban setting of the subway—just as the otherworldly combat has made its way to this urban everyday place.

For the spiritual and calming atmosphere of the Sky Temple, the team went with a somber yet peaceful track. Besides a few instruments, the main attraction of this song is the chanting that serves as a stock to the more traditional instrumentation peppered over the voices. It’s a great representation of the temple’s spiritual nature while also serving as a funeral dirge of sorts for the combatants unfortunate enough to fall victim to the high drop. 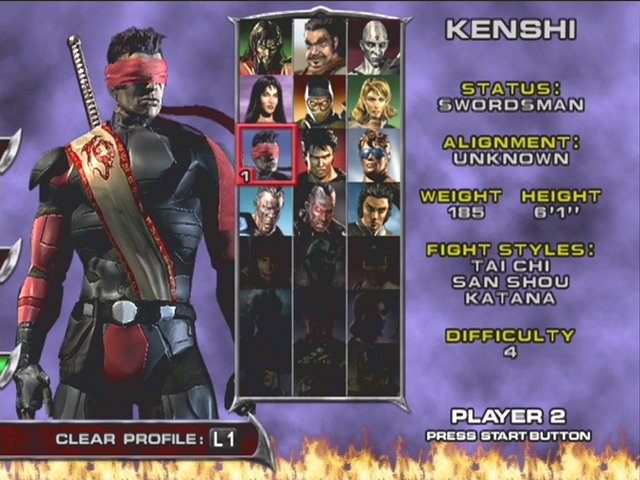 It’s almost criminal how the character select themes in fighting games don’t shine as much as other tracks. But there’s never a bad time to remedy that, starting with DA’s character select theme. It’s a techno track that brings up memories of coming home from school, turning on your console and selecting your favorite fighter on the roster. Kenshi’s Tai Chi move set and his telekinetic specials kill in the arcade ladder, just a small tip. 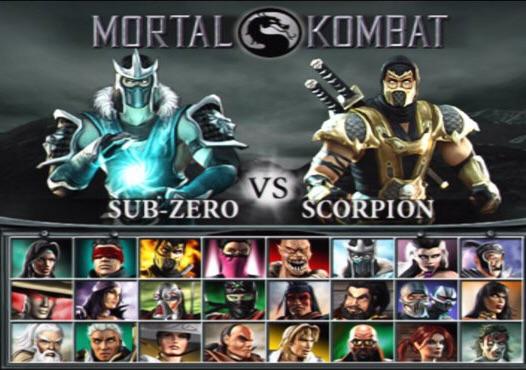 Speaking of character select themes, Deception’s takes a different approach with a more industrial-rock edge to it. It’s a contrast to the misty, gray background of the menu while serving as a great prefight hype tool. You can select your favorite character to go into battle with while also getting excited for the fights ahead of you in the arcade ladder. Mileena’s teleport kick and rolling thunder specials are amazing for stunning the opponent and getting a leg up, another small tip. 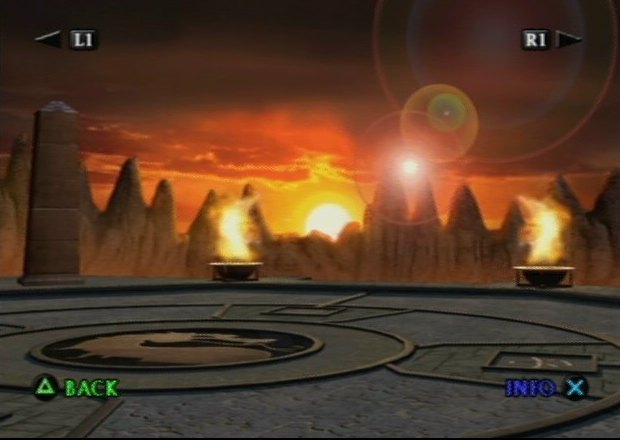 For a bit of background, this is the arena where you face Blaze, the being that’s in charge of quelling the growing number of super-powered beings that have been building throughout the tournaments. So it comes as no surprise that for this track, it sounds like something that screams final boss fight. The strings are absolutely immaculate, and they perfectly capture the foreboding and finality that facing Blaze represents. If you win, Armageddon is prevented. If not, Armageddon comes, and the destruction of the realms is certain. 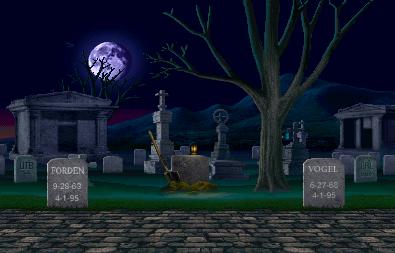 What better place for a battle to the death than a graveyard? This track gives off a creepy, eerie feeling that pairs well with the dark atmosphere of being in a final resting place. It has the same energy that you’d find in an ’80s slasher flick. It makes you feel as if there’s something to look out for, and oddly enough, Trilogy came out before we got true interactive stages in MK. It wouldn’t be far fetched to hear that many a player was afraid of this arena as a child, and the music added to this foreboding sensation. 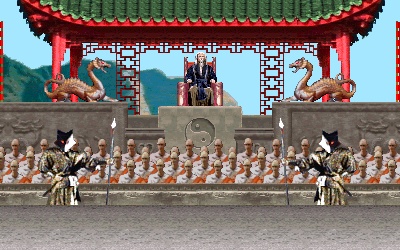 Dating all the way back to the first entry in the series, the Courtyard is an iconic stage that shows up in quite a few games. But you never forget the first time, and nothing hits the same as the Courtyard theme in the very first Mortal Kombat. From the opening gong to the metallic instrumentation and the way the electronic-inspired riffs come in, it all screams Mortal Kombat. The ambiance is abundant in this track and definitely gives the player a nice beat to fight to.

If you grew up in a city environment, you’re familiar with hanging out on a building rooftop. Now imagine instead of a nice calm afternoon, you’re throwing punches with your enemy as otherworldly warfare rages on around you, and the surrounding buildings are engulfed in fire and smoke. That’s what the Rooftop Day stage in the 2011 reboot MK brings to the table. The music pairs well with both the metropolitan backdrop and the dire situation of the city around the fighters. 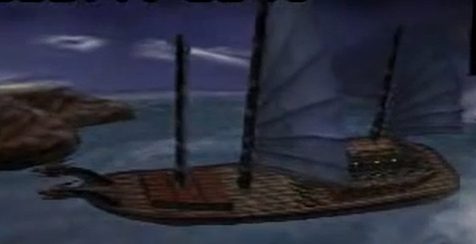 To be one of the biggest of the big bads, Shang Tsung has blessed the series with some amazing tracks. This one is a shining example of that. The song gives off the same weird feeling as the man who inspired it. It captures Tsung’s dangerous and regal aura with that tinge that there’s something threatening on the horizon. 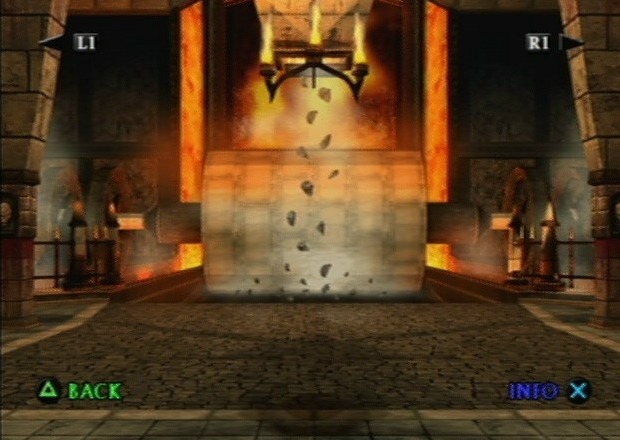 If you’re making weapons, there’s no better backing track than this one. A nice guitar riff and drums give off the same feeling as the machinery used to roll the material and the molten lava that surrounds the fighting arena. It brings back the industrial sound that Mortal Kombat is known for with its music—a nice mixture of danger and dread to headbang to. 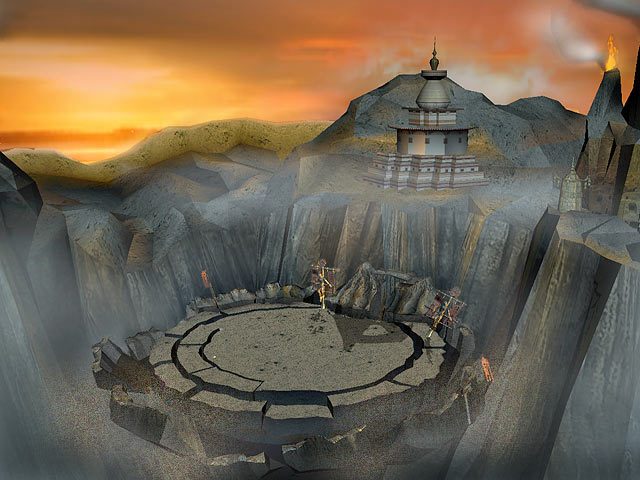 Nothing like tribal chanting, ceremonial drums and the threat of plunging onto a large spike to get you in the mood to throw down. The way that the voices are arranged on this song almost serve as a signal to get to the middle of the platform because the stage is about to shrink in size. Fun fact: In the last part of the song, the chant is played in reverse. 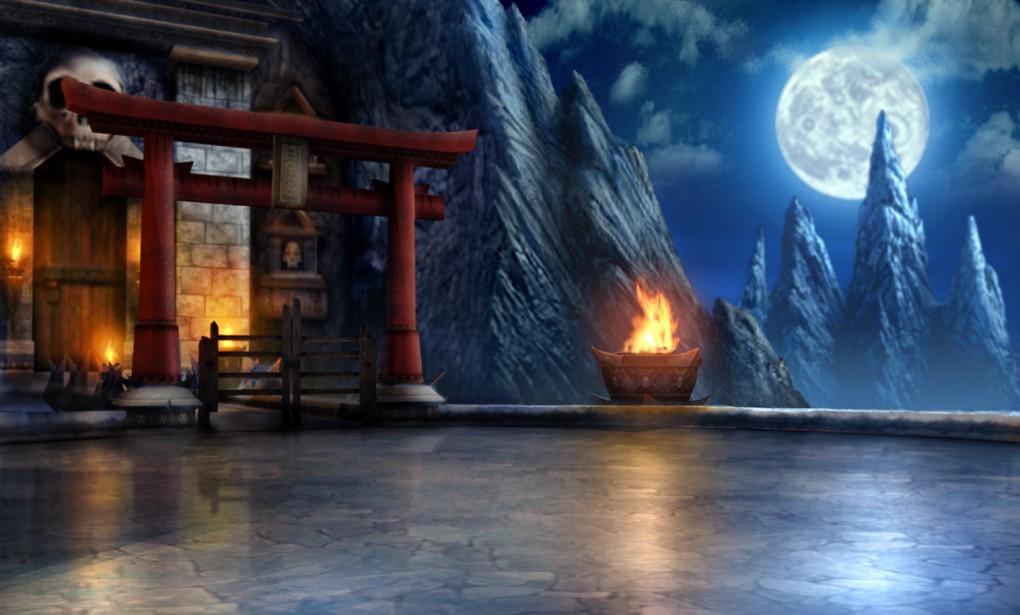 Meteor storms are beautiful in the night sky. However, in the world of Mortal Kombat, a meteor storm is an arena with a theme that bridges the gap between artistic and innovative and involves slashing someone in half with a large ax. (Shout out to those of us who use Ermac as their main character in Vs. mode.) 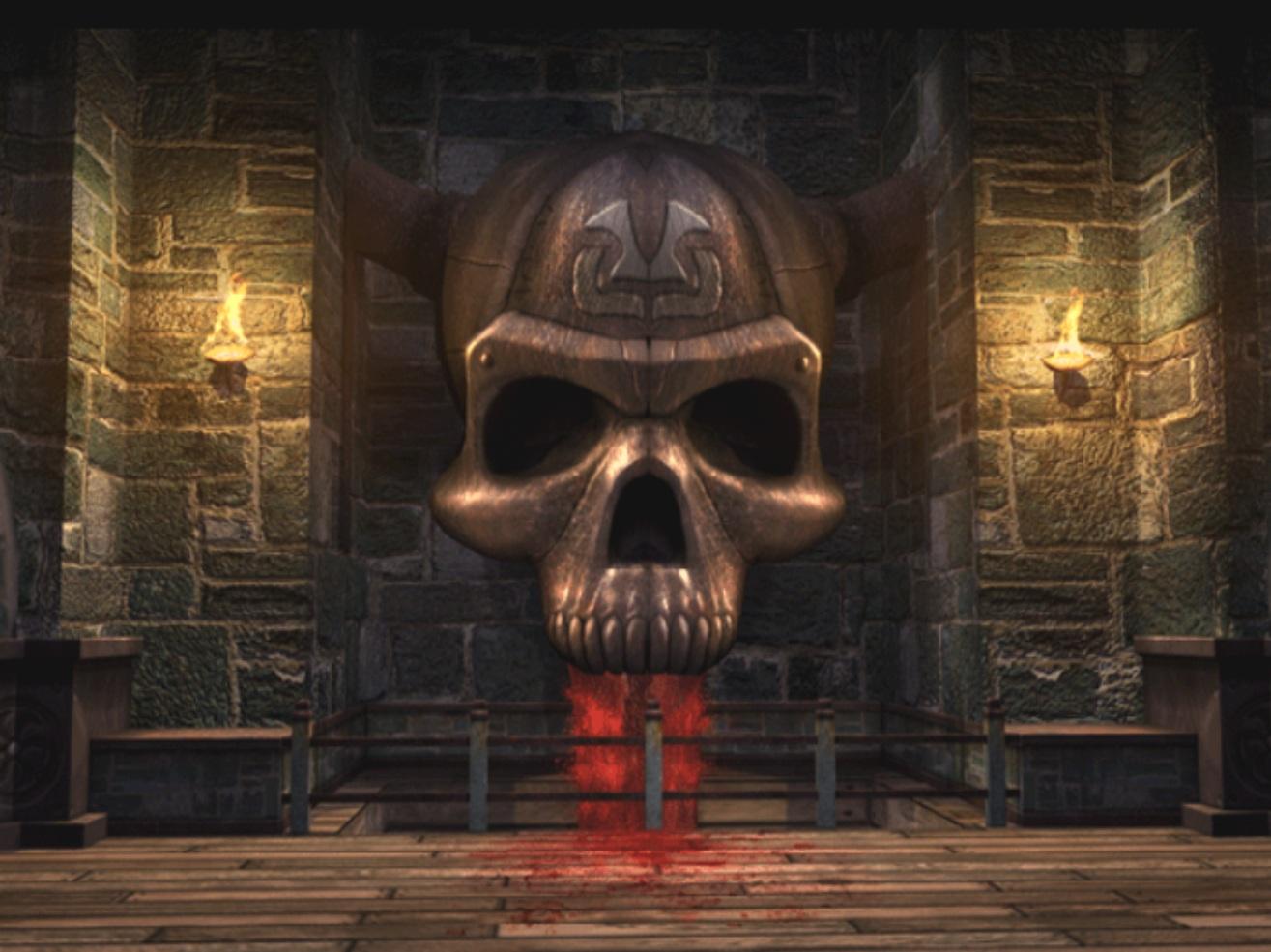 If you’re looking for a Mortal Kombat song to rock out to, here’s the jam you’ve been looking for. The guitar is powerful, the screams get your heart pounding and it’d fit right in at a warehouse concert. You can’t tell us that you don’t see yourself throwing elbows in the mosh pit to this. The Slaughterhouse is a simple stage in how it’s constructed, but that lets the theme really showcase itself. Besides the meat grinder deathtrap, the Slaughterhouse Jive is the main attraction in this arena. Deservedly so.