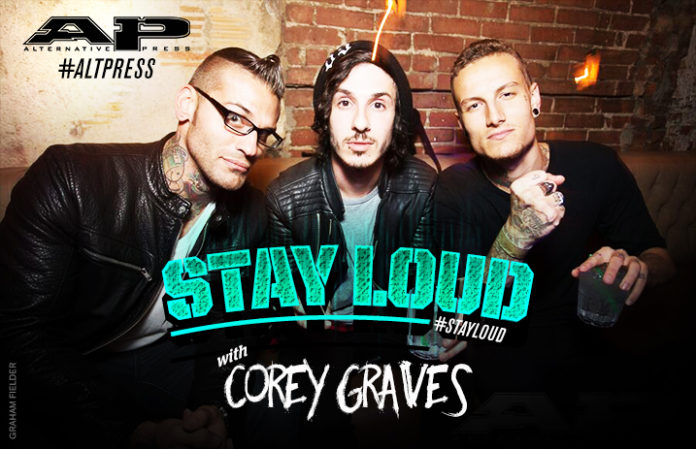 New Year? Sure. New you? Maybe. Even if you've already shattered every resolution you made, I promise not to judge. I'll probably point and laugh at your lack of willpower, but I don't think any less of you.

Throughout my career in the wrestling industry, the most common question I'm asked by “civilians” has been “How does someone get into the business?” Without fail, I've answered with the most relatable comparison. “It's like being in a band.”

It's chasing a passion. Sacrificing “normal” aspects of life that “civilians” take for granted. Ungodly traveling, little to no pay, missed birthdays, ruined relationships and broken hearts. It's all worth it for the few minutes you get to spend each night onstage or in the ring.

Your favorite band. Your favorite superstar. They all started somewhere. They all needed someone to believe in them. A promoter to book them. An opening spot at a gig. The second match on a wrestling show (for some reason, that one is traditionally viewed as the least significant). Anything for the opportunity to do what you do for as many people as you possibly can.

This month, I talked to the typical gaggle of WWE Superstars and musician types and asked them who they think we should look out for in 2016. The next big thing. Or at least someone to check out if they're in town.

After all, none of us can resist telling a story that starts with “I remember them back when…”

Roman Reigns, WWE World Heavyweight Champion: “I think Finn Balor is a guy poised for a huge 2016.  He's already NXT champ, and he's still getting better!  With his experience and athletic ability, I see him as a strong newcomer to the WWE main roster.”

Hayden Tree, Crown The Empire: “I have high hopes for the White Noise. They're bringing back that punk-rock attitude that's been missing in the music scene.”

Sami Zayn, NXT Superstar: “Musically, the two things I'm going to watch out for in 2016: Guns N’ Roses reuniting and Against Me!’s next album release. As far as wrestling goes, outside of myself looking to move full-time to Raw in 2016, I would say to keep your eye on NXT as we expand on a gigantic 2015 and go on to do even more big things. Keep your eyes out for some imports that may be coming in soon.”

Josh Balz, Motionless In White: “No doubt the band to watch this year is PVRIS. The band appeals to the masses and at any moment people are going to realize what they've been missing.”

Cesaro, WWE Superstar: “While I'm sure there will be many superstars worth watching in 2016, there's only one ‘Section’ you have to be in…#CesaroSection.”

Corey Taylor, Slipknot: “The band to watch this year is Royal Blood. They are beyond awesome. Greasy riffs, kick-ass beats and tons of tough melody. Royal Blood is going to be BIG.”

Baron Corbin, NXT Superstar: “In music, keep an eye on Amigo The Devil. This will be the year that a lot of people claim “Murder Folk” as their favorite kind of music. And as far as wrestling, I'm the only one you need to worry about.”

Who do you think is going to break out in 2016? Join the conversation on Twitter, using the hashtag #StayLoud.