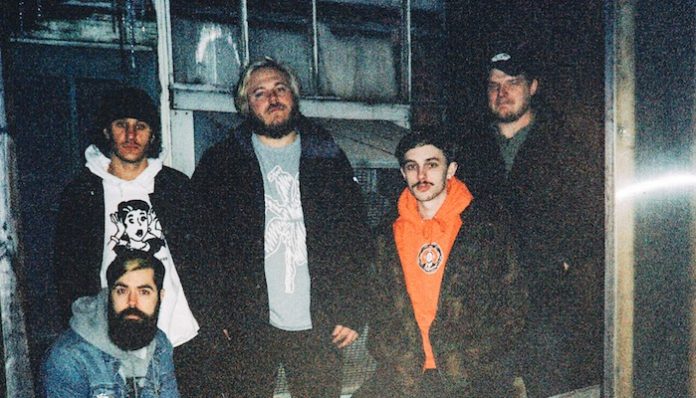 After years of shade being thrown at us (even after that one episode of 30 Rock), the truth is that Cleveland is pretty great. We have kickass record stores, excellent show venues, awesome coffee shops and amazing places to eat. We also have Motives, a bouncing post-hardcore unit keeping the scene vibrant.

Today we’re premiering the video for “Reap & Sow,” the first single from their impending 2020 LP, Death Throes, on SmartPunk. Motives—vocalist Ian Slagle, guitarists Kevin Burrows and Chris Hanford, bassist Daniel Ackerman and drummer Mike Taddeo—formed six years ago hoping to create a juxtaposition between manic and melancholy. We think they figured it out.

Read more: 10 of the best “I’m gonna tell my kids this was” memes

“We all had a lot of fun making this video,” Hanford says. “Although we had an outline, once we got to the space, everyone was open to spitballing various ideas and experimenting while we were shooting, which kept the creativity and excitement levels high throughout the day.” He also credits director Kid Leo, saying that making the Motives video “was a true organic and collaborative process between the band and Kid, who could not have been easier to work with.”

Despite its brevity, “Reap & Sow” has its fair share of curious breakdowns and interesting drum fills. Motives are tempering their melodic post-hardcore vibes with all the fury of the sad end of a cautionary tale. You’ll move in the pit and ponder what’s going through Slagle’s head. (Oh, and bonus points for white shirts instead of joining the black-cotton mafia brigade that every band seems to belong to.) Director Leo’s way with ’80s VHS tracking-error simulation aesthetics adds another dimension to Motives work.

Bookmark Motives on your list of promising bands to start your next decade. Preorder Death Throes here, and check out “Reap & Sow” below. 2020 is looking better already…