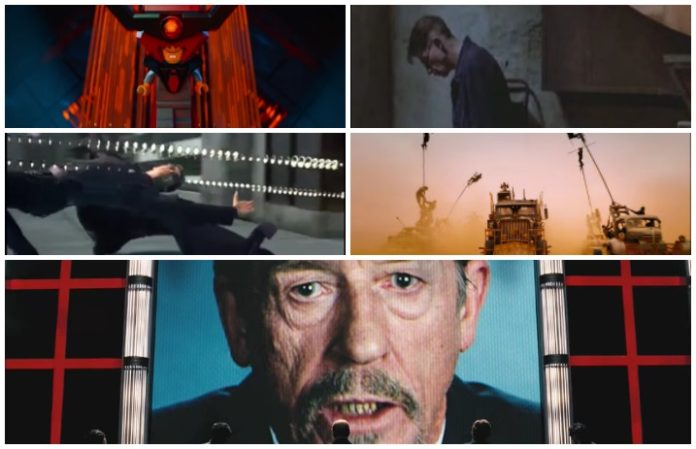 The current political climate of America can be terrifying at times, so what better way to take your mind off it than to watch a movie starring some classic authoritarian regimes?

A hyper-religious broadcast news network devoted to those in charge preaching hatred and intolerance, a fascist government obsessed with keeping the population under control and under-informed, and political operatives more interested in their own power and public image than the wellbeing of those under their care—as dark as this world is, the titular character in V For Vendetta counters all of the hate and fear with theatrics, cunning and a heavy dose of explosives.

The end -goal of any authoritarian regime is total domination, and what better way to achieve that than to trap all of humanity in a simulation of the year 1999? Real-world tech companies haven’t progressed to the point where their products are harvesting humans for fuel, and let’s hope it stays that way. Otherwise, Keanu Reeves might need to step in again and remind them who’s really in charge.

As great as the original trilogy is, it’s more important to celebrate the aggressive and incredibly bleak reboot, not just because of the badass grandma biker gang, but also because the original star is an anti-Semitic bigot. Seriously, what’s better than watching a group of octogenarians team up with a truck full of slave women, a silent driver and Imperator Furiosa to fight back against Immortan Joe and his War Boys?

Recent events have pushed George Orwell’s classic book 1984 back on bestseller lists, but if reading isn’t really your thing, then you’re in luck. The movie loses a few details and subplots, but it makes up for it in spectacle and bleak presentation. At the very least, it can serve as a nice refresher for the book you probably read sometime in high school, or a nice alternative to SparkNotes if your English class just introduced it. Fair warning, this one doesn’t have the happiest of endings.

There’s nothing more diabolical than turning Taco Tuesday into a plot to stop the world in its tracks. Will Ferrell might be the most terrifying dictator out of all the movies on this list, and it’s not just because Liam Neeson is his enforcer. Like the other leaders on this list, President Business rules by controlling the information that the public receives to bend them to his will before he decides that it would be even better if they never bent at all.