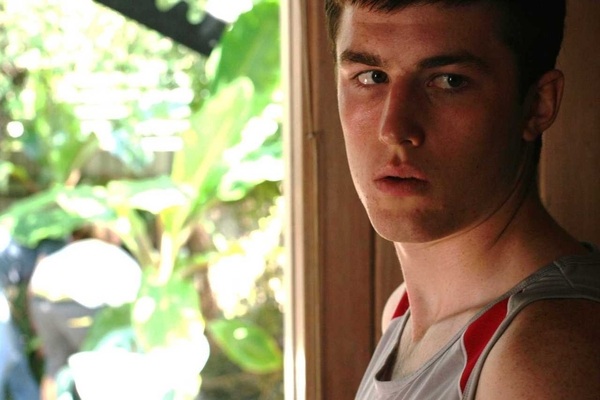 Woe unto those who cross the Cody family. A tight-knit Australian crime clan comprised of brothers Craig (Stapleton), Darren (Ford) and Pope (Mendelsohn), mother Smurf (Weaver) and their friend Barry “Baz” Brown (Edgerton), they give no quarter and take no shit. When crooked members of the Melbourne police force assassinate Baz in a drug-store parking lot, the brothers hatch a revenge plot that puts their recently orphaned 17-year-old nephew, Josh (Frecheville), in the crosshairs of the law and ultimately the family itself. Suddenly plunged into a world of cokehead lawyers, corrupt cops and virulent sociopaths, Josh’s only hope—maybe—is detective Nathan Leckie (Pearce), the only seemingly honest man in sight. Such is the criminal quicksand of writer/director David Michôd’s harrowing debut feature, a thriller as memorable for it stellar performances and pitch-perfect pacing as for its compelling score (props to composer Antony Partos) and sudden, unforgettable ending.

Where to begin? Frecheville, a high-school student himself at the time of filming, is effortlessly believable as Josh. During the course of the film’s two hours, his outward demeanor rarely changes—and yet he still manages to express almost the full range of human emotion. It’s almost impossible to believe that Animal Kingdom is his first feature film. As Pope, Mendelsohn executes a slow, brutal unraveling of his character’s psyche. His performance is a master class in onscreen disintegration: You can practically feel the noose tightening around Josh’s neck as Pope becomes progressively more unhinged and violent. Meanwhile, Weaver unveils Smurf’s devious matriarchal agenda with an unflinching, stone-cold brilliance that can’t be elaborated upon without giving too much away. (To appreciate her performance to the fullest, skip the trailer before going to see the film. It takes one of her key moments out of context and potentially spoils its impact.) It’s a testament to all three of these actors that Pearce, the most well-known member of the cast—and no slouch himself in the acting department—finds himself in one of the least rewarding roles. As Leckie, he’s essentially playing the foil to the entire Cody clan. It’s a thankless task, mostly, but he deserves credit for taking a role that allows others to shine. Then again, the fact that Animal Kingdom is easily one of the best movies of the year doesn’t hurt anyone.