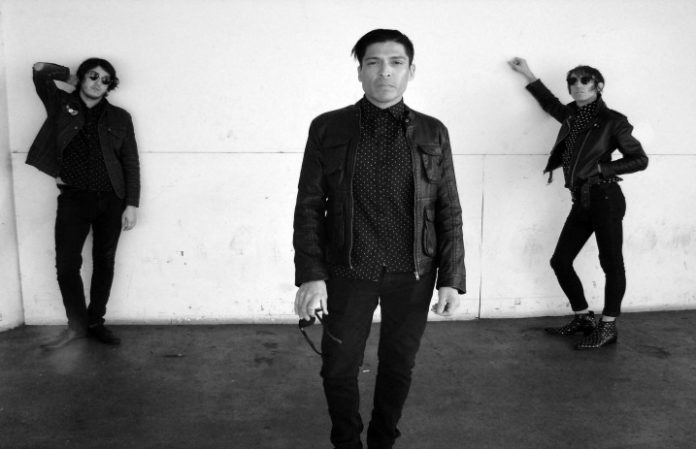 Moving Units are teaming up with AP to premiere their cover of “Warsaw” by Joy Division featuring Justin Pearson (Retox, Head Wound City). The track will drop on July 29 and is free to the public via Three One G Records. You'll be able to download it right here.

The track represents the theme of Moving Units' next move: Collision With Joy Division, a tribute LP to the influential post-punk band and an accompanying tour. There will be a limited number of physical copies of the release on their upcoming dates and the release through PCM Recordings. The release date of the digital album is still pending.

Moving Units, among others like Franz Ferdinand and Bloc Party, pioneered a brand of dance punk that exploded in the early 2000s. Guest vocalist Justin Pearson covered “Warsaw” with his hardcore band Swing Kids over 20 years ago, and used some of its lyrics  for the name of his label, Three One G. The two influences marry to create a striking cover that honors the original Joy Division track.

“I wanted this classic track to sound super-fresh and badass so I invited Justin to jump on the mic,” says singer Blake Miller. “We've been homies for years but this was the first chance we had to collaborate in the studio so I knew it would be hot. I stacked his screamy vocal over my version of [late JoyDiv frontman] Ian Curtis and it instantly sounded like fire. When we hit the third verse, I asked him to scream higher in pitch and give it a Darby Crash west-coast-punk attitude. It totally lifts the energy and underpins the psychotic fascist imagery that makes this song such an intriguing post-punk relic. Plus I love listening to Justin screaming the name of his record label in the choruses 20 years after he launched Three One G Records. It's so meta.”

Check out the song, tracklist and tour dates below.