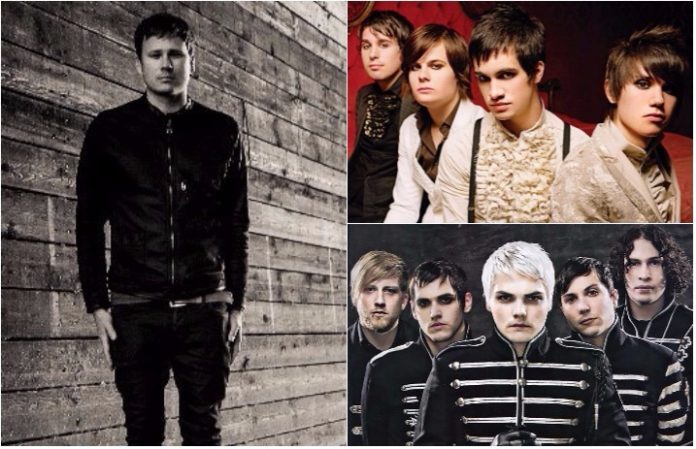 But this complicated (get it?) theory isn’t the only music-related conspiracy to have made the rounds on the internet. From Andrew W.K. being an industry puppet to Rivers Cuomo being Kurt Cobain in disguise, here’s a list of some ridiculously entertaining theories.

Read more: This Avril Lavigne conspiracy theory has returned, and the internet is freaking out

1. Andrew W.K. has been played by several actors

He loves to party, but Andrew W.K. also loves a good bit of trolling. The “Party Hard” rocker has revelled in stoking the theory that he is the product of industry bots who sought to create the ideal frontman. He had even held a press conference which, by his own admission, just sent the theorists even wilder. The above 2015 interview with Larry King didn’t do anything to dispel the rumors, either: “Are you a member of the Illuminati?” asks King. “Not formally,” comes the reply. As that wasn’t enough, some people think one of the people who “create” Andrew is called Steev Mike, who’s actually Dave Grohl.

2. Tom DeLonge is the only one who knows the truth about Trump and Russia

Tom DeLonge: musician in bands such as Blink-182, Box Car Racer and Angels & Airwaves, and alien researcher with a book out, an academy and connections to the CIA. Oh, and he knows what’s up between Donald Trump and Russia, according to Noisey. Although the article is a joke, TDeLonge tweeted about Trump’s possible impeachment and connection to spies.

The prophecy is coming… #TrumpGoingToPrison2017

Sounds legit because nothing in the world has made sense for the past year, except for what DeLonge tweets, apparently.

3. Avril Lavigne died and was replaced by a lookalike

We covered this in more detail here, but to sum up this theory: Avril Lavigne died in 2003 and was replaced by a lookalike in order to preserve the singer’s promising career. It’s incredibly far-fetched, but the internet has gone crazy for this theory, with many fans seemingly convinced by a series of tweets that go deep into the claims. We’ve got our fingers crossed for a happy ending to all this (sorry).

4. Underoath joined the Illuminati in 2011

Have you watched Underoath’s video for “Paper Lung?” Do it again, but this time look for all the symbols that suggest the band have joined the Illuminati. If more proof is needed, just remember the band’s 2011 tour was called the Illuminato(u)r, based on the song, “Illuminator,” from Ø (Disambiguation). However, don’t get your hopes up because frontman Spencer Chamberlain was quick to debunk the rumors, saying they’re not a part of any secret societies; and director Jonathan Desbiens guaranteed the symbols used in the music video are purely artistic.

5. Elvis isn’t dead, and he gave us a signal

This theory made the rounds loads of times over the years, but what’s best about it is the recent viral video that claims to show an elderly Elvis Presley in what appears to be his yard giving a secret signal. The theorists claim that the “V” signal “Elvis” makes is a numerological message meaning “proof of life.” It just looks like an old geezer flipping off the camera to us, Brit-style, but it’s got many folks on the internet all shook up…

Another “’X’ ain’t dead” conspiracy theory, another shoddy-looking video of some old dude. Yep, Presley isn’t the only one who is supposedly a faker. There’s a theory that the Doors’ Jim Morrison didn’t die of a heroin overdose, and is, in fact, alive and well. “Is that Jim Morrison?” shouts our cameraman, subtly. “It’s just some old hippy from the past,” “Jim” retorts, before taking a big swig from a bottle. We’ll have what he’s having.

We could be here all day discussing the various theories surrounding Kurt Cobain, but of all the “Kurt is still alive” claims, the idea that he lives on in disguise as Rivers Cuomo of Weezer has to be the most ludicrously fascinating. (One Reddit poster is really convinced.) But come on, could you honestly see the man who wrote “Smells Like Teen Spirit” being the same guy who wrote “Feels Like Summer”? Case closed.