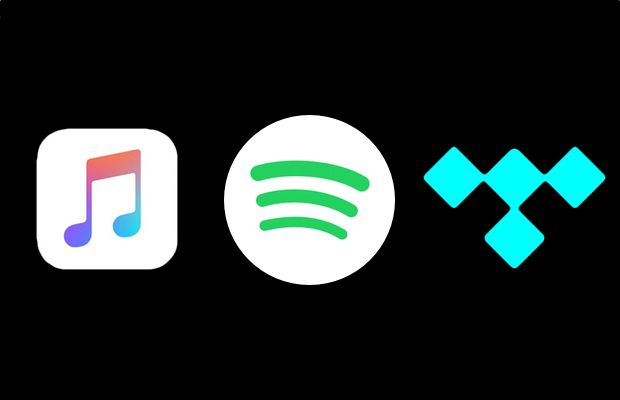 Spotify and other streaming services have available data we can’t access and it’s not only making their services less usable, it’s making the world of music a less awesome place.

If you are reading this, you’re probably a music nerd that’s under 35 years old. Which often means you’ve made some of your closest friends from a common interest in music via an Internet music community. These friendships are often the most life-changing and meaningful of our lives. After all, if you subscribe to the theory that music is a drug, in these communities, you’re usually finding someone who needs the same emotional prescription as you to get right in the head.

But music-streaming services aren’t utilizing every opportunity available to bring music fans together. With all the potential Spotify and the rest of the streaming services have, they have chosen to waste your time by connecting you to all your Facebook “friends” – some of whom you barely know or share commonality. This is great for those friends you share favorite genres with and helps make listening to music more interactive than it has ever been, but with all that amazing data the streaming services are collecting, they could be doing something much more profound. They could be making the world smaller by introducing strangers who go on to become the best of friends through their services.

A shared love of music has a power that can get us past the biases we have in everyday life. We’ve all been at a party, struggling to break the ice with someone, until we learn they love the same obscure bands and suddenly, we’re the best of friends. I know the power of this connection and the biases it can overcome firsthand from experiences in my own life. When I was in high school, I spotted a new kid who looked way too-punk-for-school. I, of course, made sure to only give him rude stares—as you do to anyone you deem more punk than you. It wasn’t until we talked on AOL Instant Message that we realized we had been too busy judging each others, studded black cover, to find out how much we actually had in common. Nearly 20 years later, I was one of his groomsmen.

I’ve found this sense of community through many other outlets throughout my life. In the late ‘90s I would frequent usenet boards like alt.punk and alt.music.hardcore, as well as AOL chatrooms like Punk Chat, where I made most of my friends that I still have to this day. I see kids today doing the same in The Defend Pop Punk Facebook group. Just a few years ago, nearly everyone I know met some of their best friends from Last.FM scrobbles. I find my community today on Twitter, connecting with those who read my thoughts through tweets or comment on my blogs and podcasts. But imagine these communities having a home on streaming music services and getting grouped together with the people who like nearly the same exact music as you? The possibilities for music discovery and friendship are endless.

Technology is making music more fun to listen to everyday. SoundCloud groups were one of the moast easily accessible online communities that connected music fans through their love of microgenres and Apple has clearly made huge strides in making playlists that give usable results far better than any algorithm Pandora ever made. But no playlist can be made better than one made by someone who has nearly exact taste in music. The streaming services have the ability to make these connections. They need to do this not only for the benefit of their services, but because it will make this world a better place.

Imagine being able to see an OkCupid-esque match percentage for your music taste with other people, and then be able to connect with them instantly. Think of the impact this could have on a closed-minded kid who hears bigoted rhetoric in their home environment. To know that there is a kid in Mongolia who likes the same music as expands their worldview and enlightenment to the common bond we all share in music that is hard to come by in any other way.

Whether for the personal gain of an allegiant music consumer or for the good of the world, music streaming sites need to work this into their services. They can all thank me later when the first amazing group forms after being a 99 percent match on their service. alt