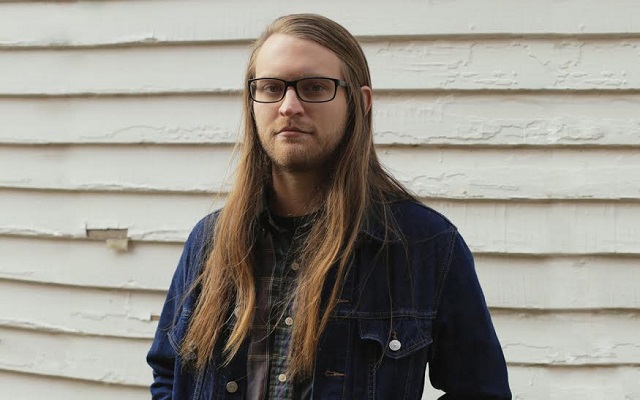 Music videos are a crowded medium—we've posted thousands of them on the site. That said, the work of director Max Moore (photo: Ryan Tassi) was impossible to ignore this year. After crunching the numbers, his work landed on AltPress an average of three to four times every month. Prolific in his work ethic and profound in his execution, Moore puts the same passion into his four-million viewed video for Of Mice & Men's “Bones Exposed” as the twenty-thousand-times viewed one for Braid's “Bang.”  It's no surprise that Moore is sought after by bands of all levels, so we wanted to learn more about this sleep-deprived machine.

The director is premiering his reel of year-end highlights below, along with an exclusive Q&A.

How did you get your start with music videos?
MAX MOORE: I got my start directing music videos by  playing music. Growing up, I was always involved with music in one way or another. Whether that was playing in multiple bands, touring with friends' bands, or just going to shows. Music was without a doubt the center of my adolescence. My best friends and twin brother, at the time, played in a punk band called Xerxes on No Sleep Records. Already having a passion for video production and with them being my best friends and my literal family, I naturally directed my first music video for Xerxes. After that, I put together some small clips for my friends in Code Orange and from there things just started to snowball.

How many videos did you finish this year?
In 2014 alone, I directed, shot, and edited 29 music videos, totaling over 50 music videos overall. Along with music videos, I also worked on and directed two short films, as well as a slew of various other commercial work. It’s been a wild and busy year, but an awesome year at that. Traveling all over the country and working with rad bands is something that makes the job all the more fun and rewarding.

What bands have you directed videos for?
Here's a list of selected bands I've worked with, in no particular order: Converge, Of Mice & Men, Braid, Code Orange, Touche Amore, Stick To Your Guns, Fireworks, Hostage Calm, Man Overboard, Into It. Over It., Perma, the Menzingers, O'brother, I Am The Avalanche, the Word Alive, Dave Hause, Real Friends, Polar Bear Club, Such Gold, the Swellers, Their / They're / There, Counterparts, Harm's Way, Coliseum, Hundredth, Defeat The Low, Xerxes, Weatherbox, For The Fallen Dreams, Young And In The Way, Whips / Chains, Black God, Xerxes, Old Wounds.

Has it become your full-time job? How much of your life goes into this?
Obviously with committing myself to this much work, it is my full-time job. Being a music video director, or working in film production in general, is a very time consuming line of work. Beyond just the constant traveling and long shoot days, even when I’m home there are periods where I am literally editing for 10-plus hours a day, 6 or 7 days a week, not to mention all the odds and ends and time spent running my own production company. To top it all off, trying to maintain a normal social life with real relationships is a challenge at times, I must admit. All that being said, I love it and ultimately I get paid to do exactly what I want to do in life, so I wouldn’t have it any other way.

Did you have any sort of formal training?
I graduated from Western Kentucky University with a Bachelor of Arts in Film Production in May of 2013. Honestly, I can’t say that going to school and studying film has helped me gain any real world experience or actually help get jobs, but what it did do for me was give an opportunity to grow and learn with other likeminded individuals who were serious about learning the craft.

So in that way, yes, school has in part helped me get to where I am today. Mostly, however, putting myself out there as a director and working hard to stay creative is arguably the most important aspect to my “success” as music video director. Just growing up in the punk scene, making art and even more so just living in a DIY spirit is something that I really carried over into my filmmaking. From the very start of all this, I’ve strived to produce my art through my own means and learn to find and create the resources I didn’t have.

Your field is typically a “behind the scenes” job, but you're becoming a familiar name through the sheer volume of your work. Is this a stereotype you're looking to break as far as the recognition part goes?
I’m not really looking to break any stereotype or gain recognition in terms of self-promotion or anything like that. My only goal in doing what I do everyday is simply to make good art. I want to put out creative and unique videos that I wholeheartedly enjoy and if others think they are cool too, then that's just the icing on the cake.

In other ways too, I ultimately see music videos as an extension of the music and therefore an equally valid form of art that carries meaning and purpose. So to me, music videos aren’t just this arbitrary visual medium to look at on the internet, but rather an honest part of carrying on the bands' or artists' vision. Just as someone does when they like a certain band, movie, painting, or whatever, they are sometimes curious to know more about the people behind the curtain creating it. So if someone enjoys a piece that I direct and wants to know more about the process or people behind it, then I’m all about that.

What makes the bands you work with a good fit for you?
It's a good fit for me personally, because I grew up listening and playing punk and rock music. Finding myself as a director, which I'm just now stating to figure out, I think is about staying true to who I am. And for me, in terms of directing music videos means directing videos for bands that I can personally align myself with artistically and musically.

That doesn't mean that I can't take on jobs if I don't love the song or the message the band represents, but it means that generally speaking, staying true to ideals and values I hold within music will always be important to me and steer me in the right direction as a music video director. It just so happens that in doing that, it puts me working with a ton of bands that AP covers.

Are you looking to expand past directing music videos, or will that remain your focus for the time being?
Though there is no real way to plan or predict a career path in directing, I know that ultimately I want to end up directing feature films. Music videos are a wonderful place for me to be involved with now as they keep me constantly on my toes creatively, and more importantly, keep me working and growing full-time. So for at least this moment, I feel pretty awesome about where I’ve been, at now, and heading in the future.

What bands would be a dream come true to work with?
I’m honestly down to direct a video for just about any band if I enjoy the song and can generally get behind the vibe and message. That being said, directing a video for someone like Jimmy Eat World, the Get Up Kids, or the Smashing Pumpkins would be so sick to me as those are some bands that I grew up constantly listening to. Who knows though, maybe I’ll get a chance one day!