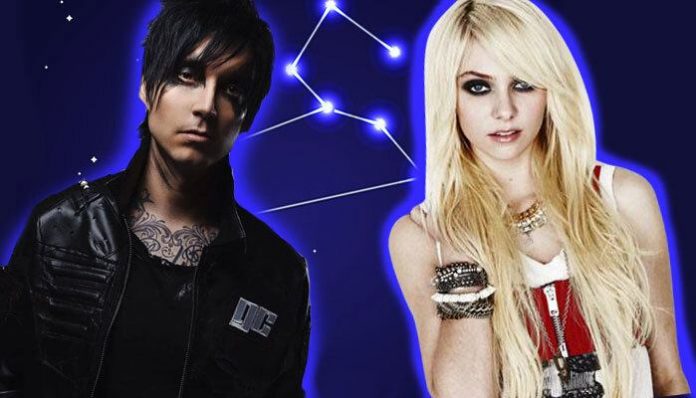 Happy Leo season! It’s that time of year again where we are celebrating our favorite Leos who were born from July 23 to Aug. 22. Leos are known for radiating confidence, ambition and creativity but deep down being emotional and introspective. Leos are a fire sign, and they sure do bring the heat, especially in those end-of-summer months. That’s why many Leos take to the entertainment industry as musicians and bless us with some amazing tunes.

To celebrate these fiery lions, we are rounding up 10 musicians who are Leos. From Slash to Demi Lovato, scroll through to find some of your faves! Some may even surprise you…

Read more: Halsey supports Kanye and opens up about her bipolar disorder diagnosis

Watch the full video now of ‘The Call Of The Wild’, taken from Slash ft. Myles Kennedy & The Conspirators – Living The Dream Tour concert film, releasing on Sept 20th and available to pre-order now from www.slashonline.com Link in bio. #slashnews

Saul Hudson, aka Slash, is best known for playing lead guitar in Guns N’ Roses. Leos are particularly recognized for their stellar hair, and Slash is definitely no exception. Leos also carry themselves confidently and aren’t shy in front of a crowd. They’re creative and exude talent. We’d say Slash checks those boxes, too.

Rehearsing in isolation! Have a great weekend and happy Easter.

Talk about confidence. Our second Leo is none other than Mick Jagger, the lead singer and one of the founders of the Rolling Stones. One of the most alluring qualities of Leos is their resilience. Leos are extremely successful in doing anything they set their minds to, and Jagger fits right in. The Rolling Stones have always been wildly successful in huge part to Jagger, following that Leo mindset.

Something for the weekend…. 📷 @lolaltaylor

Roger Taylor is the drummer for Queen, and honestly, that’s the most Leo thing we could have said. He exudes Leo style and confidence while putting his creativity to the max. Taylor is celebrated for his unique drumming style that only a Leo could pull off.

Taylor Momsen from the Pretty Reckless is definitely a Leo. Have you seen her unique punk style and glam makeup? Momsen transitioned from child actor to rock star, and the Leo energy oozes out of her. From her style to her talent, Momsen is undoubtedly a rock star Leo.

Wow?!?!? This pineapple!!!! Its about as sweet as the man that stands next to me!!!! Eddie Gowan. The man who makes us sound MASSIVE WHEN WE HIT THE STAGE!MASSIVE……. I think he is one of the best in the business. Been a friend of mine for for 15 years. Weve walked through a lot together. Had kids… toured….and the list goes on. He’s been a stand up guy since day one and i am grateful to have him in my circle. This business has a lot of solid trustworthy people. MR. EDDIE GOWAN AKA THE DUKE OF ROCK! He is one of them. An absolute gem! Who do you have in your life that you value? Appreciate?? Take a second and tag them! Spread some love. ( I cant tag Eddie cause he is not on social media hahah) #grateful #paparoach #value #appreciationpost #pineapple

Our next Leo is Jacoby Shaddix, the founder and lead singer of Papa Roach. Something to never dismiss with Leos is their love of glam. Leos are known for their amazing fashion and don’t shy away from glamorizing their life. Shaddix is famous for his creative style and a touch of eyeliner, too. Eccentric style is the epitome of being a Leo, and Shaddix certainly exemplifies that.

If we’re talking about Leos and style, M. Shadows from Avenged Sevenfold certainly comes to mind. As the lead singer and co-founder of the heavy-metal band, he’s known for his thick sunglasses and tattoos. Shadows gets creative with his stage style and carries himself with the confidence only a Leo truly can.

Charli XCX is such a Leo, and let us tell you why. The singer-songwriter has been fighting nonstop for her music career since she first posted her songs on Myspace in 2008. She’s worked hard to establish herself and her personal style, all traits of a magnificent Leo. What a queen!

As a singer, guitarist, co-founder and writer for Metallica, James Hetfield is man of many hats and the essence of a Leo. Why? Because Leos are so innately creative that they often find many different avenues to express themselves and their interests. Many Leos take their creativity into music and focus on every area, just like Hetfield.

Best known for fronting the Maine, John O’Callaghan uses his platform to tackle issues, such as his battle with depression and being patient with recovery. Leos are noted for being emotional with big hearts, and O’Callaghan certainly is no exception.

Brittany Brooks, the drummer for rock band Scarlet Fever, is known for her amazing talent behind the kit as well as her various genres of music. Just being surrounded by feminine energy in the band is enough Leo power right there, but her talent for drums and her affinity for music makes her radiate true Leo confidence. Don’t sleep on Brooks.

we’ve lived in a “normal” world that's been so full of discrimination, hate, and in handcuffs for so long. right now is a time to be accepted for being different, in different shades, different colors, different sexualities, different thought processes, different ways of fookin speaking and expression. its about time us as young people redefined what our flags mean to us, saying “this is what we're going to be, this is what we are going to achieve because we are the future and we ain’t gonna be quiet about it. our reality, our truth, our future. 🖤🍓🖤 – massive love to @vman @connorfranta for this. loved every minute. 🖤

Speaking of unique Leos, next up we have singer-songwriter YUNGBLUD. He made a name for himself with his debut album, 21st Century Liability, in 2018 and has been riding the charts ever since. Fans of all ages love YUNGBLUD as his music jumps across many genres yet remains incredible. He possesses a stunning style that’s all his own, which if you haven’t realized yet, is the epitome of a Leo.

Lauv is a singer-songwriter who has actually collaborated with a couple of other Leos on our list. Lauv has written songs with Charli XCX and Lovato, and we love to see that Leo creativity. He’s also noted for having bold hair colors and style as well as possessing incredible songwriting talent. One true Leo, if you ask us!

Read more: There’s a Spotify playlist for your zodiac sign

#tbt to when summers were spent on stages not on couches

What makes the Word Alive lead vocalist Telle Smith a Leo is his absolutely amazing vocal range. The man is extremely talented and can sing high tenor, scream and jump to low-range vocals, too. Talent and Leos go hand in hand, and Smith is proof of that.

Episode 2 of #CupofJoe brings me to the beautiful city Berlin with @davidhasselhoff and @lewiscapaldi. Watch now on @Quibi!

We cannot talk about Leos without discussing Joe Jonas. Joe is most well known for his band with his brothers, the Jonas Brothers (and possibly leaking that My Chemical Romance reunion), and fans around the world were ecstatic when the brothers recently got back together. From his ever-growing confidence to that full head of hair, we would be surprised if Joe wasn’t a Leo.

" Spirals of depletion and destruction are evident in all corners of the natural world .. accelerating by the day … every living thing can feel the changes …" RP is releasing ‘Fate Of Nations’ globally on Saturday as part of @recordstoreday

One thing is for sure: Leos dominate rock ’n’ roll. Led Zeppelin frontman Robert Plant has a great head of hair, but his band are famous for their compelling image. Plant helped shape rock music into what it is today by adding so much creative expression. From image to lyrics to the music itself, it’s no surprise that Plant is a Leo.

@jillpowellglam – thank you for being so safe and taking the precautionary steps to protect each other when doing my glam.. Happy to see you and be your canvas again 🖤🖤🖤 LOVE YOU 😘

Demi Lovato may have gotten her start on Disney, but the fellow emo music lover has since made a name for herself in the music industry. In the past, Lovato has struggled deeply with her body image, and her confidence has been shaken. However, the songwriter has blossomed over the last few years, growing to love herself and her curves, rocking that bright Leo energy.

Can’t believe our Mexico City show was a month ago already. This quarantine sucks!!! Want to get back on stage and be able to meet you all! I’m gonna do a live stream Q&A pretty soon on Twitch.TV/JakePittsOfficial (go give me a follow!) and I need some good questions to answer, so leave them in the comments!! Photo: @aaronberkshireofficial #blackveilbrides #twitch #bvbarmy #mexicocity #concert #quarentine #livestream

Talk about that Leo hair. Jake Pitts, lead guitarist in Black Veil Brides, has an inimitable style that goes along with BVB’s punk-glam-rock theme, and we couldn’t be more obsessed. A true Leo, through and through.

Hear us out: While Kacey Musgraves is a huge voice in the country music scene, she’s also the epitome of all things Leo. From her style to her passion, the former scene kid has worked hard to earn her place in the music world. She’s different from many of the typical country acts, and that individuality is everything to a Leo.

Click the bio link above to join Tori on Facebook Live TODAY at 12:00 PM ET for the Resistance Live Signing and Q&A! Tori’s new book Resistance is available in stores now!

Tori Amos is a jane of all trades in that she’s a classically trained musician. The singer has a full head of red hair and has never shied away from being exactly who she is. Amos has the most elegant confidence and is one alluring Leo.

Layne Staley, the late former frontman of Alice In Chains, is a staple in the Seattle grunge movement of the ’90s. Grunge was all about identity and creating a new kind of rock with punk and classic themes. Leos fit wonderfully in the grunge movement due to the level of self-expression in the genre. Staley was monumental in the grunge scene, from his resilience to his confidence.