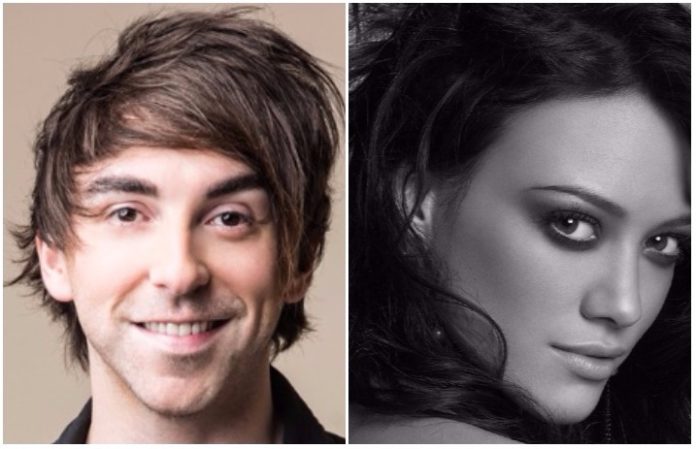 Most musicians say they don't believe in musical guilty pleasures (in fact, you'll see that response down below!), but we still managed to get them to name specific artists and songs. And the songs they chose are actual jams; we wouldn't be ashamed to listen to them, either. Here's what they had to say.

“I’m not really sure I feel guilty about any of the pleasures that I enjoy, but I’ll probably go with Christina Perri. [She’s] a phenomenal artist, and considering that she has a song in Twilight [Breaking Dawn – Part 1], people might consider that to be a weird, guilty pleasure.”

“I try not to have guilty pleasures when it comes to music, because you know, you like what you like; who cares? But I listen to the Hilary Duff greatest hits record a lot.”

“I don’t believe in musical guilty pleasures. Fuck that, man. If you like something, like it, unashamed. And if you don’t, you have no business talking about it.”

KEITH BUCKLEY, EVERY TIME I DIE

“‘Hands To Heaven’ by Breathe: This song was the ‘couple skate’ song played at every roller rink from 1989 to1992. And I've said this before on my Twitter, but at 3:08 when David Glasper does that little vocal flourish…chills. I'm right back at a friend's birthday party working up the courage to kiss Nikki from down the street. I'm also very young in this memory. I don't want anyone to think the song takes a 37-year-old man back in time and drops him off at a party where he's trying to kiss an 11-year-old girl. Just want to clear that up.”

“I don’t know if I feel bad about what I like. We are heavily into pop and stuff. It could be anything from, even like, Vanessa Carlton. The one song that always gets to me is the Vanessa Carlton song, ‘A Thousand Miles.’ It’s just her voice and her cuteness. It’s immortal. It’s an immortal banger.”

“In this world, I guess, for people that judge us, I’d say country music.”