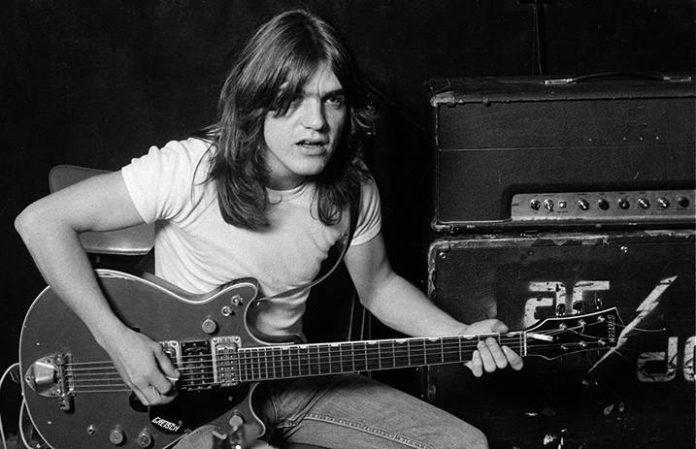 Musicians have taken to social media to react to the death of AC/DC guitarist, Malcolm Young, who died at the age of 64 today, Nov. 18. Malcolm was a songwriter, guitarist and performer that inspired so many from our scene, creating a legacy that will continue to live on for many years to come.

RIP Malcolm Young, like many others i was introduced to AC/DC by my parents when i was very young and i listened to their entire catalog on cassette constantly growing up. Undeniably set the standard for what hard rock music should be. He will be greatly missed.

RIP Malcolm Young. It’s a sad day for rock n roll, thank you for everything you gave to us. What a fucking legacy ����

Malcolm Young was a HUGE inspiration to myself and countless others. Thank you for the decades of incredible riffs. Thank you for leading me down the path of rock n roll. On behalf of the entire world, THANK YOU FOR AC/DC

It is a sad day in rock and roll. Malcolm Young was my friend and the heart and soul of AC/DC. I had some of the best times of my life with him on our 1984 European tour. He will be missed and my deepest condolences to his family, bandmates and friends.

So sad to learn of the passing of yet another friend, Malcolm Young. He will be sadly missed. God Bless @ACDC pic.twitter.com/HuEp3kCuyQ

Heavy heart hearing of Malcolm Young’s passing.Not only did he co- found one of the greatest bands in the world he co wrote the songs that inspired many of us to wanna be in a band.Condolences to his whole family,band mates and fans. RIP bad ass.

Malcolm had an intensely powerful, percussive and economic style of playing that made him the greatest rhythm guitarist of all time. His uncanny ability to wring only the necessary notes out of his Gretsch was what made AC/DC – his riffs, feel and tone the soul of that band. What he means to me is unquantifiable. I am a rhythm guitarist because of Malcolm Young, he lives with me always and I hope to honor the man and his legacy every time I play. And now I’m going to crank Riff Raff and play along. My condolences to his family and friends. Cheers and RIP Malcolm Young. Tattoo by @thekatvond

We are deeply saddened to have heard the news of the passing of Malcolm Young from AC/DC. Malcolm was the heart and soul of AC/DC and as fine an example as any to rhythm guitarists everywhere. Rock In Peace, Malcolm. Hope we see you up there. Love Dropkick Murphys pic.twitter.com/qCWxmjmKEQ

Malcolm Young, one of the best to do it pic.twitter.com/9kHJasyv00

This is a monumentally sad day in Rock n Roll. RIP #MalcomYoung Take a moment of silence in his memory.