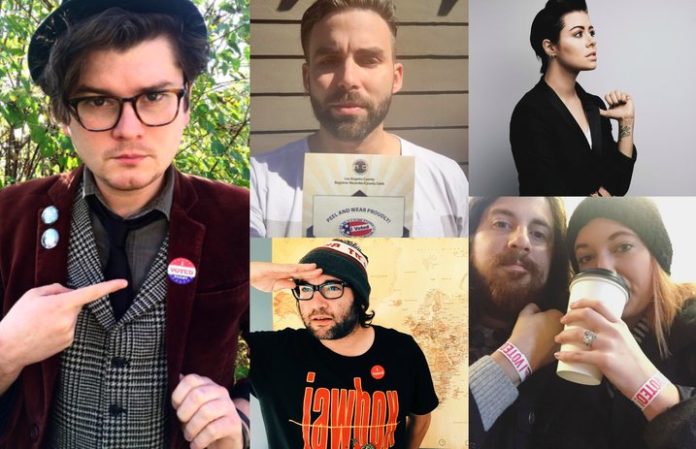 It's been a long, intense election cycle—but voting day is here. These musicians got out and voted—reminding you just how important it is to exercise your right and have a voice in the future of our nation.

Want to know if you're eligible to vote? Check out Can I Vote to learn more.

Read more: Musicians on why it is so imperative to vote in this election

Doing my best to look presidential, get out there and vote today! �������� pic.twitter.com/kA1znDrdK5

hi everyone, mark from blink-182 here reminding you to get out there and vote. i voted absentee last week so i'm already morally superior.

I voted. Have you?

Election Day 2016 is upon us. Anxiety and nerves at an all time high. Please go vote if you haven't yet! #ImWithHer

Into It. Over It.

Today I'll be able to vote for the very first time!!!

I'm not going to tell you who to vote for, but I am encouraging you to vote ����❤️

Congrats to first time voters. Congrats to voters in general. Had to handle mine via absentee ballot for the second election in a row.