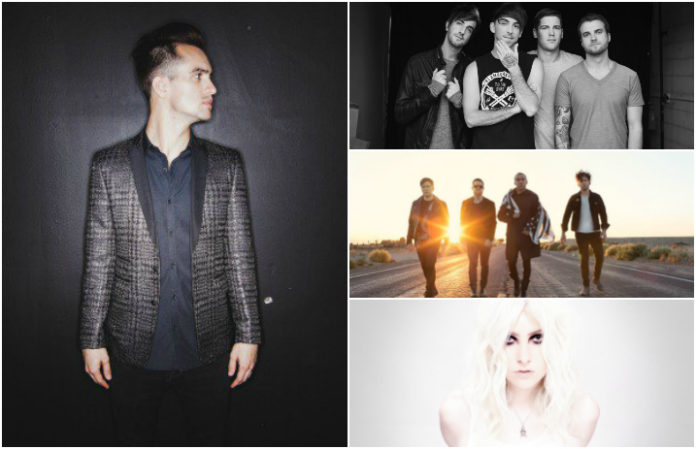 Sure, we spend a lot of time waxing poetic about our personal favorite love songs (just check out the special in AP 344 for those), but what about your favorite band’s love songs that they have written? Many were eager to point out that in our sphere of the music world, they tend to be anti-love songs, but this list still has plenty of emo lovey-dovey feels to go around.

Best love song from our discography is “Always Dead,” because fuck you.

I don't know about “best,” but probably the most intimate love song we have written is the song “You” off of our first record Light Me Up.

“My Muse” is a song of ours from the perspective of a loved one watching someone struggle with addiction. The line is, “You'll keep going back and I know you will because I know you well, but I will always take you back cause I wish you well”—a different type of love, but love nonetheless.

I would have to say the best love song we have is “St Paul's.” Partly because it's pretty much the only love song we have. I'm not the best at writing love songs, so they are few and far between in our back catalogue, but I am proud of this song and I think it covers the main basis for a love song without being terribly cheesy.

My favorite love song from our discography is “My Oldest Friend.” It's a simple song but has lyrics that still to this day hit me hard.

I would say “Relax / Divide” is our best love song. Or maybe it's just the first one that comes to mind. I'm satisfied with the dark overtone of the final version. When I love someone so much, I get anxiety over things that haven’t even happened, because I am not sure how I could handle it if they did. That is part of what I try to illustrate in the song, along with realizing that something as simple as a phone call from that very person could end things just the same.

Tyler William Ross, Being As An Ocean

We don't have any love songs in our discography; it seems like all our songs could only qualify as anti-love or heartbreak songs. Of those I think my new favorite is “OK,” which is about the ending of a relationship, but still a very beautiful track.

Patty Walters, As It Is

The closing song on okay. is the closest come to writing a love song. ["Still Remembering”] was actually written as if we were saying goodbye to our band. We wrote it when our doubts and fears about the album had gotten the best of us, when that idea felt much more like a terrifying inevitability. More generally, it's a song about losing something or someone that meant everything to you. It would make a much better breakup song than a love song, but it's still about love at the end of the day.

I don't believe we have written a song I can proudly say captures my feelings about love. I do feel, however, that with this next record, we will.

“Cold Speak” for sure. The chorus says, “Say what you mean, but always love.” It's about being honest in a gentle way while remembering to listen more than speaking.

Photo credit: John McMurtrie
As far as a love song for us goes, probably “White Flags.” It's not exactly a “love song,” but it is a song that's very much about pursuing what you love and not allowing yourself to yield to the challenge. The inspiration came from a picture of Everest that I saw—it had all of these white flags placed along the plateaus, it was a representation all of the people that gave up and turned back. It was a strong image, one that at the time, the beginning of a new band, really resonated with me. I choose to try and reach for my dreams no matter what, so to place a white flag in the ground is simply not an option! Do what you love, always!