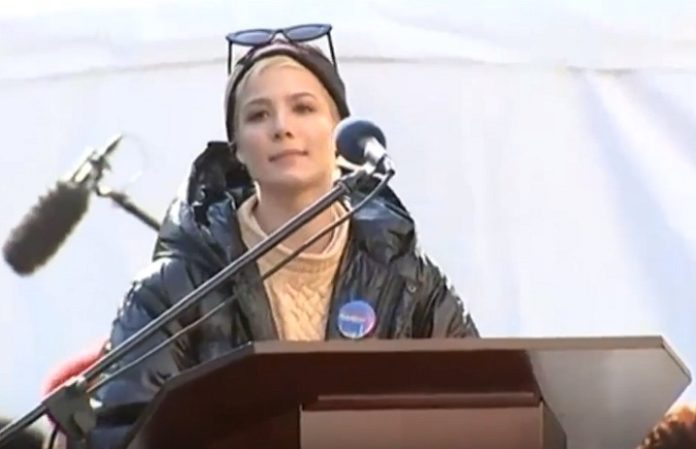 With rapid advancements in the modern technological world, any lines between politics, the entertainment industry and the general public have long since blurred into obliteration.

Whether it’s immigration, gun reform, gender equality, sexual harassment, animal cruelty, the environment, LGBTQ rights or any number of other causes—the majority of the civilized world are making themselves heard, and some of the biggest voices undoubtedly come from those in the music business.

Here are some of our favorite moments in history when musicians have used their influential platforms to communicate important messages.

Rage Against The Machine—their name is a political message in itself. Just weeks after the turn of the 21st century, the Californian foursome shot the music video for their single “Sleep Now In The Fire” in front of the New York Stock Exchange on the world famous Wall Street. Directed by political activist Michael Moore, the video is littered with facts about social injustice and paints a grotesque picture of wealth and greed across the globe. At one point, the focus locks in on a stockbroker holding a sign that reads “Donald J. Trump for President 2000.” They were only 17 years off, but it goes to show that life really can imitate art in the most radical way.

This was inarguably one of the most powerful moments of the year so far. Singer and songwriter Halsey bravely took to the podium at the Women’s March in NYC and poured her heart out in a beautifully articulated and emotive poem about sexual abuse and assault, health care, pregnancy, forced underage marriages and support for young people. Revealing  her own private and personal experiences was clearly painful for the pop star, but she did so with an abundance of poise and grace.

Last fall, rap god Eminem dedicated his whole performance on the 2017 BET Awards to the 45th President of the United States of America, Donald J. Trump. Recorded at a parking lot in his beloved home of Detroit, Slim Shady spits pure venom at POTUS and bravely tells any fan of his who is a Trump supporter to pick between the two titans. Mathers calls out almost everything the Republican has been embroiled in—the travel ban, gun control, the probability of a nuclear holocaust, a potential border wall with Mexico, the KKK, Twitter wars and the NFL.

One of the earliest occasions of music meeting politics was when Beatle turned solo artist John Lennon and his new wife, Yoko Ono, spent their honeymoon peacefully protesting against the Vietnam War—which was part of their wider campaign for world peace. The musical couple holed up in the presidential suite of the Hilton Hotel in Amsterdam for an entire week and invited the world’s press to interview them from their bed, as the couple were dressed in pajamas beneath signs that read “Bed Peace” and “Hair Peace” for 12 hours a day.

On Sept. 18,  2014, Scotland held a referendum to become an independent country from the United Kingdom. It’s a contentious issue that has split opinion for a very long time. During the Brit Awards more than six months before the vote, David Bowie very publicly declared his support for the continued union of the two countries by sending fashion icon Kate Moss to collect his award for Best Male Solo Artist and deliver the political message. Dressed as his legendary stage character, Ziggy Stardust, in an original outfit from 1972, the supermodel ended her acceptance speech on behalf of the legend simply with “Scotland, stay with us.”