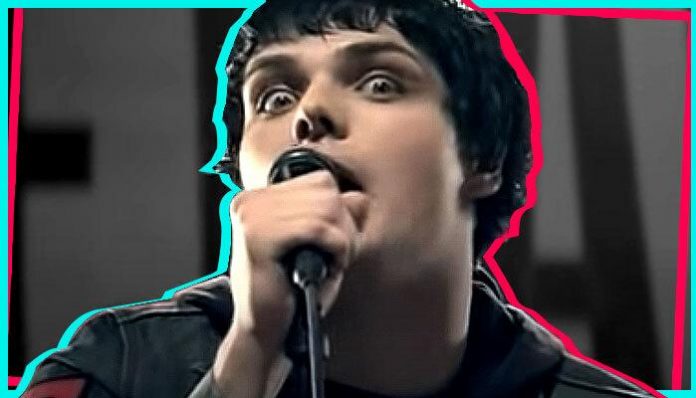 These young people took a bit of advice from My Chemical Romance’s The Black Parade hit “Teenagers” and showed off how “scary” they can be on TikTok.

Youths from around the world have been protesting their governments for a variety of reasons. Many American teens have shown up to Black Lives Matter protests in support of racial justice and police accountability and against racist political systems.

Read more: 10 scene TikToks that will immediately take you back to the 2000s

One thing is for sure: Many individuals included in Gen Z won’t be “another cog in the murder machine.” Here are 10 TikToks where teens are being politically active and badass.

The coolest part about America’s youth is that they will dance mid protest with huge smiles on their faces as they fight against institutional racism. Hopefully, this will end up in a textbook one day.

This person took a sign and made it look better

This teen is just sprucing up his neighborhood to be more inclusive. Plus, he makes that cowboy hat look punk, doesn’t he?

Another perfect BLM montage of young people being badass

Members of Gen Z will kick tear gas canisters back at police, but they can’t ask for water at restaurants. It’s both funny and wholesome.

Read more: My Chemical Romance announce another rescheduled show for 2021

The 2000 and 2001 kids showed up to protest U.K. Prime Minister Boris Johnson’s policies, too

The U.K. chose the wrong generation to screw over. Here are a few snapshots of young Brits in London protesting against the country’s proposed A-Level downgrading.

Gen Z has no time to look at these statues anymore

If Gen Z wants to learn about slave owners and historically racist men, they can do their own research. There’s no need to keep up certain monuments anymore.

Shoutout to millennials in this TikTok

Both members of Gen Z and millennials in their 20s and 30s are certainly a force to be reckoned with when it comes to protesting.

This perfect list of why teenagers are so scary

Gen Z isn’t afraid to troll the president and use TikTok to screw over one of his rallies. Pure poetry!

Read more: 10 scene TikToks that will immediately take you back to the 2000s

This TikTok where Gen Z is over these flags

Teenagers could care less as long as someone’ll bleed and if certain flags mysteriously end up on the ground.

This TikTok showing a generational glow-up

This young person laughing at being arrested

Getting wrongfully arrested is a real possibility if you’re a young adult fighting for what’s right. Gen Z is on the right side of history.