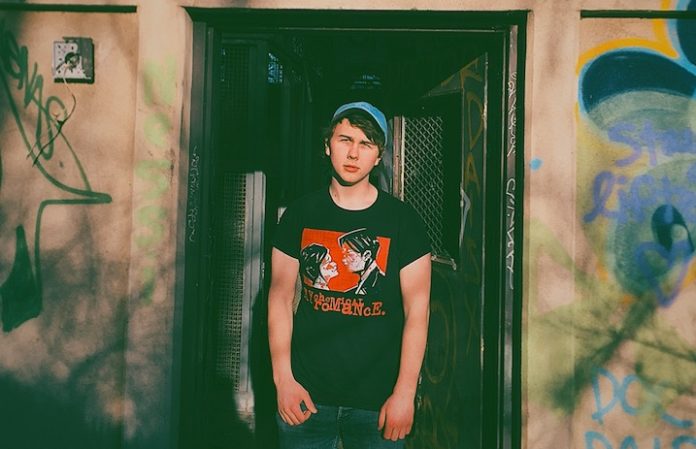 If you were an “emo kid” in the 2000s, there’s a solid chance that you saw someone post on Myspace or write on a T-shirt the sentence “My Chemical Romance saved my life.” Maybe that sounds like hyperbole to you, and maybe it was, in some cases. For me, that sentence feels like a pretty accurate description of what happened in my life as an early adolescent.

My Chemical Romance found me at 10 or 11 years old. It was 2006 or 2007, and I was “between homes” around that time, which is to say that I was homeless, in a sense, but very provided for by friends and family. It was a time of transition and grief. I often cite the sixth grade as the darkest period of my life. It was around that time that my grandmother and grandfather died, I went through very intense rejection from my father, I was bullied hardcore at school for being overweight and depressed, and I moved around pretty frequently for a period of time. I give this information for context, not as some bullshit sob story.

I was a preteen, and my friend Zach, whose house I stayed at briefly, showed me My Chemical Romance somewhere between talks about Green Day and the Starting Line. There was a certain darkness about the band that I latched onto. I felt like I had found something as dark as myself that wasn’t afraid to admit to being dark.

I remember watching Life On The Murder Scene, the band’s Three Cheers For Sweet Revenge-era documentary, and hearing Gerard Way talk heavily about suicidal tendencies, which I had started experiencing for the first time. Outside of confiding in my mom, it was a hard thing to talk about. I didn’t want to admit to everyone that I didn’t want to exist anymore; that I didn’t see a point in carrying on; that I didn’t want to live in a world that rejected me because of the situations that life had thrown at me. In that documentary, Gerard said something that has stuck with me to this day, at 21 years old: “It’s okay to be messed up, because there’s five dudes that are just as messed up as you, and we’ve overcome that to do what we do.” That’s what I wanted to do: I wanted to overcome. I felt so fucked up inside and hated myself so much that hearing that from one of my heroes helped change my perspective.

Maybe Sharpied black nails and ripped up black jeans seemed like a gimmick to my peers, but it felt representative of who I was. It made me feel as close to comfortable in my skin as I could get while being bullied, assaulted and called a “f*ggot” on the grounds of my Christian school. Having some sort of positive ethos and movement to latch onto made the sting of moments like kids at school jokingly asking me if I cut myself a little bit more tolerable. I identified as a misfit, and that is who MCR were there for. Their music helped me work through all of the feelings inside of me that I sometimes had trouble vocalizing and coming to terms with. They were a band that was okay with blatantly saying, “I’m not okay,” but following that up with, “I am not afraid to keep on living/I am not afraid to walk this world alone.” That was the solace that I needed as an adolescent to keep going.

Watching Life On The Murder Scene played a huge role in bringing me to where I am today. I remember so vividly how it felt to watch a band that was so passionate and violently involved in their performance. I couldn’t help but be inspired to start making my own music. I bought a white Epiphone Les Paul that looked like Frank Iero’s “Pansy” guitar, and I learned every MCR song that I could. It taught me how to write songs. I remember ripping off the song “Skylines And Turnstiles” for one of my first songs called “The Whipping Boy” and sitting in my bedroom writing the lyrics, “You could be my friend, you could stick with me, or you could hate me with the rest of them.” It was therapy. This is still my primary form of therapy and release today.

My Chemical Romance taught me that it’s okay to be expressive, to be theatrical, to be dark, to have hope, to be an outsider, to be poor and proud of where I came from, and to be who I was without apology. They taught me that I didn’t have to hate myself.

On top of that, My Chemical Romance was the first band I heard talk about standing up for women at a young age. I was raised by a single mom who always tried her hardest, and I remember her telling me something to the effect of, “You just don’t know what it’s like to be a woman, to not be taken seriously” by misogynist assholes whom she had to interact with. Hearing Gerard Way telling fans to throw up their middle fingers to people objectifying women or treating them as inferior made me feel like there were people on my side, and more importantly, on my mom’s side. Whether or not that’s the specific approach I take these days to combatting sexism, it felt empowering at the time. They also talked about never using violence. As someone who was displaced in my childhood due to domestic abuse in my home, feeling like a band heard my voice and spoke for me was very important. They were heroes. They were my role models.

In the end, the sound of the band was much less important to me than the ethos embodied by that group of guys from New Jersey. Even today, with the recent loss of a woman who was for all intents and purposes my adopted grandmother, songs like “Helena” speak to me and still offer me solace.

Did My Chemical Romance save my life? I don’t know, but they definitely helped give me the courage to not give up at a young age when I saw no way out.

If you ever read this: Thank you, My Chemical Romance. You helped me to stand tall.

This article was written by Luke Dean, the sole core member of the band Vagabonds.