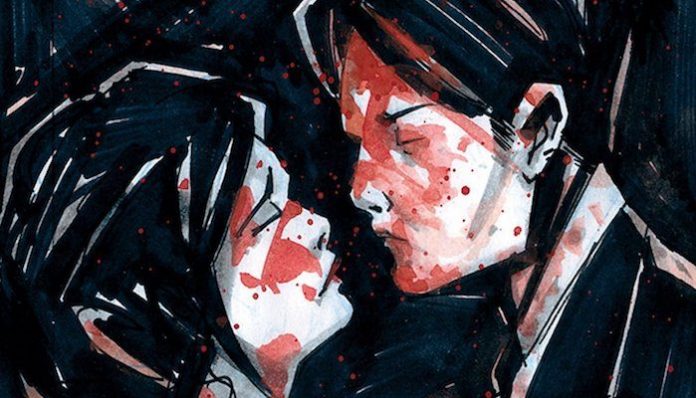 Due to its commercial success, The Black Parade will usually be what comes to mind when people think of My Chemical Romance‘s music. But is it the band’s best album? I think not.

As someone who has been a hardcore fan for years, I’ve loved every album and listened to each countless times. Three Cheers For Sweet Revenge is, without question, the definitive MCR LP from their discography. Here are three reasons the album reigns supreme.

Read more: QUIZ: How well do you know the lyrics to “I’m Not Okay (I Promise)”?

It’s the best they have ever sounded

It’s the perfect combination of the grittiness of I Brought You My Bullets, You Brought Me Your Love and the more polished sounds of The Black Parade. Every track on the album is hard-hitting. This is not to say they can’t do slower songs: “Cancer” from TBP is just one example of something that smacks you lyrically rather than sonically, and the B-side “Desert Song” is one of my all time faves. MCR are at their best when Gerard Way is screaming over riffs and punchy drums, and Three Cheers delivers that from start to finish.

The Three Cheers For Sweet Revenge era is unadulterated MCR

While The Black Parade and Danger Days: The True Lives Of The Fabulous Killjoys are the band at their most creative, aesthetically speaking, both of those albums are obviously more concept albums. The story of TCFSR is of two lovelorn vampires, but it’s incorporated into the lyrics much more subtly than those that came after it. This, combined with minimal costume garb outside of suits and the occasional red eyeshadow and black liner combo, makes for the truest-to-self MCR. Instead of existing inside of the art and theatrics of other albums, they were the ones bringing it to us.

There were tons of great bands and great albums in the early 2000s. However, you’d be hard pressed to find a band as unique as My Chem. The music videos alone show themes that were dramatic like other bands’ but came off as much more genuine. When going back through my music library looking to get nostalgic, Three Cheers is one of the few albums that has aged well, and I never seem to get tired of it.

Do you agree or disagree? Let us know in the comments.