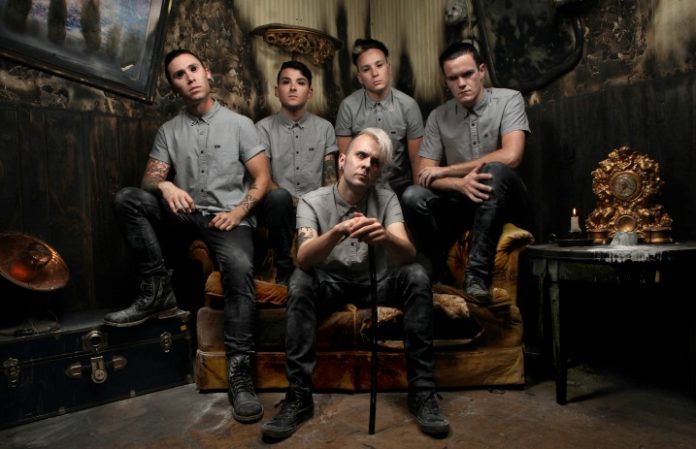 My Enemies & I have teamed up with AP to premiere a teaser that shows their behind-the-scenes experience of putting together the “Toxic” music video.

“The idea of this video originated from an article we read about the boomslang snake,” says vocalist Jeff Hill. “The snake's venom breaks you down from the inside out and makes you slowly bleed out of every orifice. 'Toxic' is similar in that it's about the lies you keep inside that end up tearing out your insides. We decided to manifest this idea by using the black sludge, which is similar to what we've used in past videos and on stage. Sooner or later your toxic lies will consume you. They always do.”

The video shows the band and their behind-the-scenes team coating surfaces with the sludge, while an evil-sounding narrator describes the bands' process. Currently, My Enemies & I are on tour with New Years Day, Sylar and Blameshift.

Check out the short video, and let us know what you think in the comments!