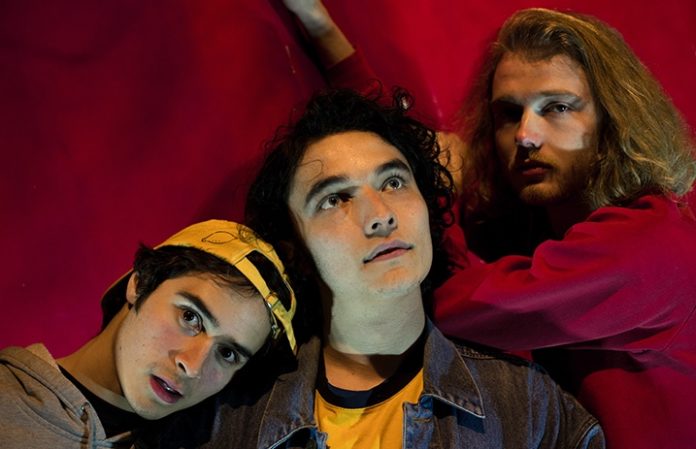 There's nothing like performing two live sets each night—just ask Naked Giants. The band will be supporting Car Seat Headrest on their upcoming tour—oh, and they happen to be members of Car Seat Headrest's live band, too.

Ahead of the tour, the band are exclusively premiering their debut album SLUFF, which follows their 2016 EP R.I.P. Recorded with Steve Fisk, who's worked with the likes of Nirvana and Soundgarden, the Seattle band channel their hometown influences in an upbeat style of grunge-laden rock that'll make you want to move. (And sing along, of course.)

“There's definitely no escaping the influence of the Seattle greats—there are so many of them,” bassist/vocalist Gianni Aiello says. “I mean the first thing you learn when you pick up a guitar is that Jimi Hendrix is the undisputed messiah. And we've tried to channel his energy and the energy of his bands.

“And then there's Heart, who, according to my mom, used to practice in a space right across from my elementary school in Burien. And even now there's this whole Seattle multiverse of scenes which we're always trying to listen to. Our management-mates Tacocat were a big influence on 'Everybody Thinks,' I mean just listen to that tambourine.”

Working with Fisk, who Aiello describes as “a living encyclopedia,” was a pleasure, too. The band ended up with some pretty unforgettable album moments—like those Wilhelm screams, if you noticed 'em.

“There were a few off-the-cuff moments that are fun to listen to on the album—mostly just as a result of goofing off and getting loose in front of the microphone,” Aiello says.

“On most of the vocal tracks, we tried to imitate the Wilhelm scream. (If you don't know what it is then look it up on YouTube.) So that's in the background of a lot of noise. And the laugh at the end of 'Everybody Thinks They Know' is Henry's genuine reaction to a really good Wilhelm.”

Listen to SLUFF in-full below:

You can purchase SLUFF here, and check out Naked Giants' full list of forthcoming tour dates below!