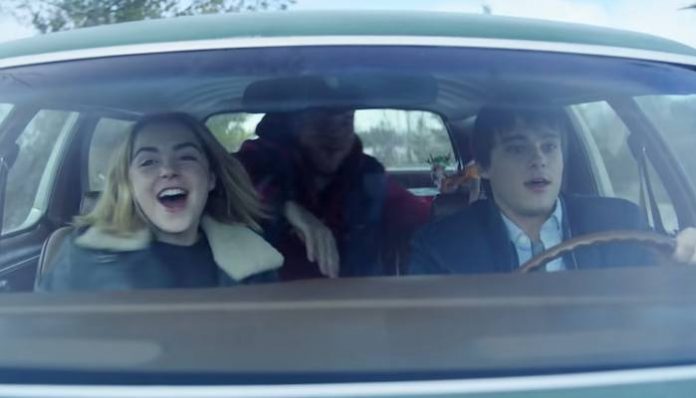 As we wind down from ghostly ghouls and our Hocus Pocus marathon, it’s time to start looking ahead to the holiday season. Netflix is here to help you get in the holiday spirit with a brand-new lineup of Christmas movies this November that includes everything from animated feel-good films to romantic comedies.

We’ve been eagerly awaiting the arrival of the animated film Klaus since it debuted a trailer featuring a Panic! At The Disco track, and that’s just one of many holiday movies making their way to the streaming service. Check out 10 of our picks to get a jumpstart on your holiday season below.

If you’ve ever wanted to see Home Alone set in a school, then this is the movie for you. Released in December of last year, the film focuses on 9-year-old Izzy who is left alone at school when a blizzard hits her town. After some crooks take shelter there and end up taking the janitor hostage, Izzy must come to his aid.

Who doesn’t love a good romantic comedy? Santa’s daughter gets a chance to experience the real world by attending college for one semester before she has to return to the North Pole to marry the son of Jack Frost and take the reins of the family business. Clearly, this story has the potential for some hilarious holiday moments, and we can’t wait to see them.

Read more: 13 childhood Christmas movies you may have forgotten about

Ever since this animated Netflix original debuted its trailer featuring Panic! At The Disco’s “High Hopes,” we’ve been anxiously awaiting its release. The film will mark Netflix’s first animated original movie and puts an interesting spin on the classic origin tale of the famous Santa Claus.

After being dumped right before Thanksgiving and terrified to tell her overly critical family the news, Hillary hires an actor to play the role of her fiance during a weekend at her parents’ house. It’s an engaging romantic comedy that will not only have you laughing until you’re in tears but tug on your heartstrings as well.

Read more: Netflix reveals everything coming and leaving the service in November

Crystal comes from a wealthy family, so she’s never had to worry about anything. After her family gives her until Christmas to change her ways, Crystal finds inspiration in a 7-year-old’s letter to Santa where she asks him for a new mom. Both heartwarming and hilarious, Dear Santa has a little bit of everything you need this holiday season.

Based on a young adult novel by John Green of the same name, Let It Snow is slated to premiere on the streaming service Nov. 8. Set in a small town on Christmas Eve, a blizzard ends up bringing together a group of young people (including Chilling Adventures Of Sabrina star Kiernan Shipka and Spider-Man’s BFF Jacob Batalon) just in time for the holidays.

7. The Knight Before Christmas

Debuting on Netflix Nov. 21, a medieval knight is transported to present-day Ohio by an evil sorceress where he falls for a high school teacher played by Vanessa Hudgens. Written by Cara J. Russell, the film will mark yet another Netflix original.

If you’d rather watch a TV series that you can binge all in one evening, then Merry Happy Whatever is for you. This dark-comedy series focuses on a strong-willed father (Dennis Quaid) as he navigates through the stress of the holiday season, which increases when his daughter brings her new boyfriend home for Christmas. Season 1 will debut on Netflix Nov. 28 and includes eight episodes.

A British-American Christmas drama based on the popular novel of the same name, this movie takes place in 19th-century England and was released in 2013. It focuses on a pastor who attempts to modernize a village that believes in the powers of a Christmas miracle candle.

Having multiple seasons on the streaming service already, Nailed It! is the perfect Pinterest-gone-wrong baking show that will make anyone feel better about their skills in the kitchen. Coming off their first holiday-themed season, Nailed It! Holiday! puts a seasonal spin on the hilarious show by tasking contestants with making holiday-themed treats. If you’re looking for a good laugh, you’ve found it. Season 2 hosted by comedian Nicole Byer drops Nov. 22.