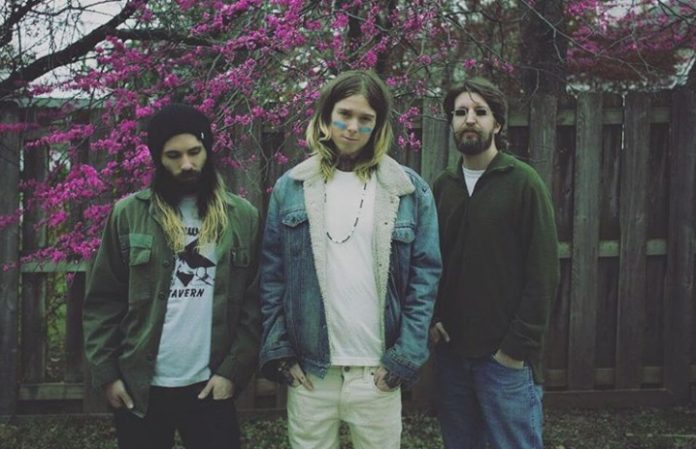 Christofer Drew has a lot of life in his eyes. As he sits down at the Beehive in Pittsburgh, the Never Shout Never figurehead’s relaxed and charming demeanor compliments the coffee shop's colorful and vibrant decor.

Holding a thick white coffee mug, Drew, with playful paint strewn across his cheeks, also seems eager to talk about the future.

“My biggest thing is trying to make people aware of the new music,” Drew says.

“It’s something I wrote that I feel has a higher message behind it,” Drew says. “It’s the album I’ve been wanting to make—[it] portrays my heart and how I see the world.”

Thirteen songs are written and ready to record. The artistic approach—the art, the music videos, everything—is all “dreamt up.” Finding a producer is the next step.

“It’s definitely going to be influenced by everything we’ve learned up to this point.”

“It’s going to have a very modern sound,” Drew says. “I’m not afraid to try something new and take it into a place that is modern and even cutting edge.

“That’s what I’d like to do—do something that’s fresh,” he continues. “A sound that nobody’s ever heard before.”

Drew and co. are searching for a young producer, someone who has experience in alternative and indie sounds.

“I want to make it a nice hybrid of electronic sounds and totally organic, classic sounds,” Drew says. “It’s definitely going to be influenced by everything we’ve learned up to this point.”

In order for Never Shout Never to move forward, they must, almost paradoxically, complete the Throwback Tour—a string of dates celebrating their earliest material.

THROWBACK TOUR IS REAL.. you can snag tix for the first string of shows here – https://t.co/h9ihWg3Of9 pic.twitter.com/3mIcZe8kBx

Some of that material may never be played live again.

“It seemed like the perfect opportunity to do this, because I don’t know if we’ll ever do anything like this again,” Drew says. “We wanted to let go of a decade and move into the next one.”

From the sweet melodies on Me And My Uke to the Beatles-esque chords on Time Travel to the polished perfection on Black Cat, Never Shout Never’s diverse and sizable catalogue spans a decade. Throughout that 10 years, the band have consistently amassed followers in their early teens, early 20s and beyond—a fanbase that have shown up in droves during the Throwback Tour.

“It’s fun to see an older crowd at our shows,” Drew says. “We’re getting people our age coming out—people in their mid-20s that are reminiscing on high school and things like that.”

It’s evident that Drew’s passion is in music. However, follow the 26-year-old artist on Instagram and get a taste of his passionate lifestyle, which draws inspiration from Eastern philosophies and Transcendental Meditation.

In fact, Drew, the cleanest vegetarian you’ll encounter, is making all of his own food on the Throwback Tour with a hot plate, a little pan, some coconut oil and the freshest organic vegetables he can find.

“I’m very into Ayurveda, which is the ancient science to health in India,” Drew says. “It’s this whole system of eating, massage, self-care, hygiene—and it’s something I’ve been studying for the past year.”

Drew has been meditating since he was 18 years old, a practice that has garnered the singer a sought-after sense of peace after “struggling with a lot of internal strife and confusion.”

“I got turned onto Taoism, and, in turn, I started meditating,” Drew says. “When I started out, I didn’t really know what I was doing—I didn’t know what the best approach was—but I kept practicing.

“It’s something that’s become part of my daily life,” he continues. “Life throws you curve balls—all sorts of challenges—and everything thrown at us in this life that’s difficult and confusing is meant to be a lesson.”

To enter a deeper state and “stop the chatter in your mind,” Drew suggests choosing a mantra. His is “Loveway”—the name of Drew’s record company.

While Loveway offers Drew agency in creating and releasing music, the longtime Warner Bros. signee aims to work extensively with the major label on Emerald Sun, more than he has with his past few releases.

“I’ve been kind of half-assing releasing records,” Drew admits. “I really haven’t been trying the last four years. I’ve been very detached and going with the flow, but for this album, I’m going to be with it on working with Warner Bros., getting together game plans.”

Early on, Drew had complete control over the marketing of his music.

“I want to revisit that,” Drew says. “I want to see what crazy ideas I can come up with to make it a super-cool and interesting release—also something that’s worth talking about.”

Before the creation of Emerald Sun officially begins, Never Shout Never will continue their Throwback jaunt, potentially taking the tour overseas. But the goal for 2018 is “a totally fresh start,” according to Drew.

“I believe this will be the first record we make that I’m totally satisfied with,” Drew says. “I haven’t been completely satisfied with anything that I’ve produced up to this point.”