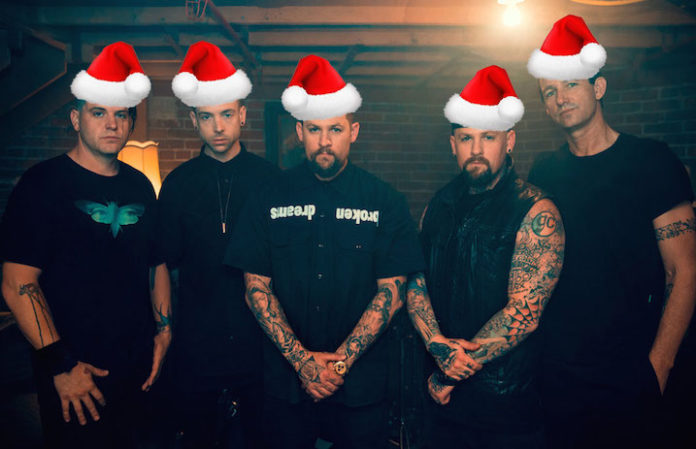 It's that time of the year again: you're either playing Christmas music non-stop or complaining about who is. If you're part of the former group, chances are you have a playlist set up already, so we're here to help you add a little more cheer to it.

Here are 10 alternative songs and covers released in 2017, so those other people at least won't complain you only play the same tracks over and over again.

Can you believe it took Good Charlotte THREE songs to save Christmas? And there's probably more to come, since the EP is titled A G.C. Christmas, Pt. 1. If they release more music, the AP office might become the Christmas Town from the Nightmare Before Christmas.

Jule Vera released not one, but three new songs on an EP smartly named Vera Merry Christmas. You get new versions of “Last Christmas,” “All I Want For Christmas,” and “Sleigh Ride.” “We chose 3 of our favorite Christmas songs and changed the arrangements a bit to make it more our style,” explained singer Ansley Newman about the project. “Christmas is one of our favorite seasons so we wanted to put out something extra special.”

Sleeping With Sirens – “Christmas On The Road”

Sleeping With Sirens released the perfect song to listen to while the snow falls. The band will hopefully be playing the tune during their December tour (check the dates here).

August Burns Red continues their tradition of releasing covers of Christmas songs to make our holidays better. Last year, the group released a rendition of “What Child Is This? (Greensleeves)” and this time we got “Last Christmas.”

Creeper are also gracing us with a Christmas EP, which will be out Dec. 8. The record features an original song “Same Time Next Year?”, a stripped-back version of “Blue Christmas” and an incredible take on the Pogues’ Christmas classic “Fairytale Of New York.”

The take on the Beach Boys song is part of Amazon's project Indie For The Holidays, with a list of artists covering holiday classics. “Being from California and being heavily influenced by The Beach Boys we felt like we had to cover this one!,” said vocalist Bethany Consentino. “Also always fun for me to cover a song with a wall of harmonies and background vocals because it’s my favorite part about recording vocals.”

Phoebe Bridgers – “Have Yourself a Merry Little Christmas”

Can't you just imagine all your aunts and uncles dancing to it after dinner?

Small Town Titans – “You're A Mean One, Mr. Grinch”

If you ever asked yourself if it's possible to be weird and still enjoy the holiday spirit, the answer is in this song. It's a flashing yes, after all, it's the Grinch who saves Christmas.

A must for your playlist.