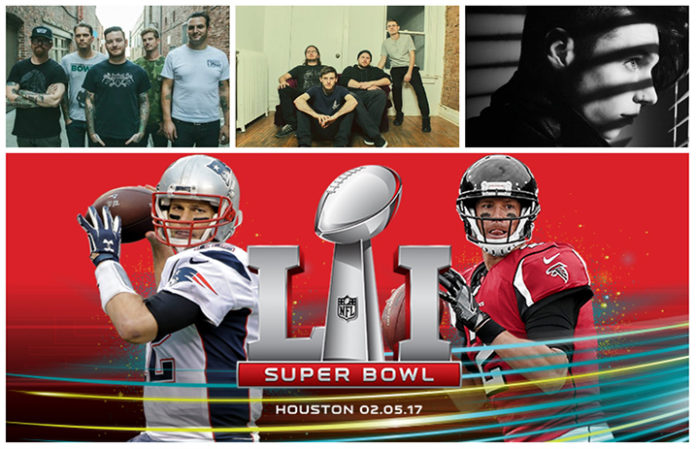 Super Bowl LI featured not only the first Super Bowl to ever go into overtime, but also featured Tom Brady pulling the comeback of the century to give the Patriots a 34-28 win. Check out what your favorite bands thought during the game!

Watching the Patriots get SMASHED right now is the only thing making me feel good about the Cowboys not being in the SB… This is brutal!

I'm rooting for the #AtlantaFalcons to win #SB51 today! Gotta love an underdog.

Who do you guys want to win today? Poll action ����

Football season > the rest of the year

I was born in Atlanta and lived in Georgia nearly my entire life. I wasn't fortunate to have two first names like Matt Ryan or a badass name like Julio Jones but this Jake Bundrick is routing for the Falcons. ����

Jordan Buckley (Every Time I Die)

Tonight's show in Northampton Massachusetts was so incredible I might actually root for the Patriots on Sunday.

As a NFC guy… Rise Up today Falcons! JJ is a grown man and the real Matty Ice for game winning FG if close. #dirty birds

Happy #SuperBowlSunday everyone! I hope you enjoy the game tonight but I think we can all agree it'll be missing something��#whodey pic.twitter.com/TnRFIieSud