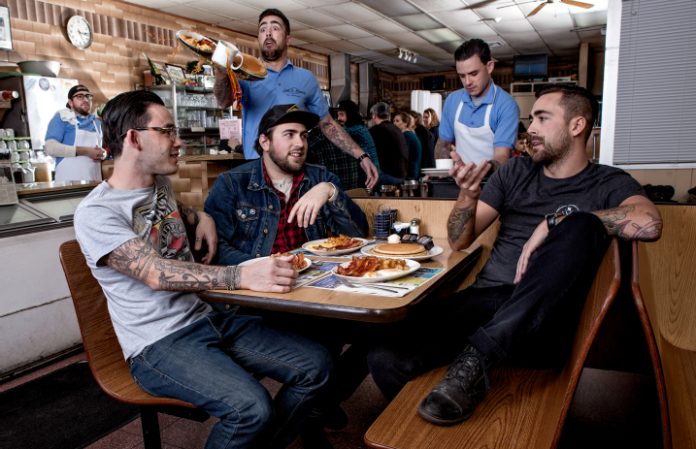 Three-piece New Jersey alternative punk band Lost In Society is teaming up with Alternative press to premiere their comedic video for the single “I Want To Know.”

“'I Want to Know’ is about the current frustration and divide between the classes in America so we thought there was no better way to pay homage to that than setting the video in corporate America with a comedic twist,” says bassist Nick Ruroede.  “A lot of our friends are getting out of college with huge student loans and are having a hard time finding jobs that can pay them enough to live.  I definitely wouldn’t hire the three of us though.  Clearly we are terrible employees.”

Lost In Society released their album Modern Illusions in February. The record—which includes their latest single—was produced by Pete Steinkopf (guitarist of The Bouncing Souls).

Fans can purchase a digital copy on iTunes and physical copies on the band’s website.

Lost In Society are on tour now in support of Modern Illusions. Check out their website for a full list of tour dates.  The band is in Austin, Texas, performing at SXSW this week.

See their new video below, and be sure to let us know what you think in the comments below!